Dehra Dun : The Right of Citizens for Time Bound Delivery of Goods and Services and Redressal of their Grievances Bill, 2011, was finally approved by the union cabinet at a meeting chaired by the Prime Minister on Thursday, over 18 months after it was initially mooted in what was conceived then as the centre’s response to the Anna Hazare agitation that shook the Manmohan Singh government. 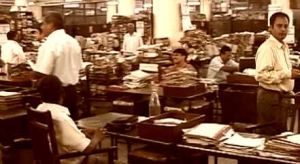 The Bill lays down an obligation upon every public authority to publish a citizen’s charter, stating therein the time within which specified goods shall be supplied and services be rendered and also provides for a grievances redressal mechanism for non-compliance of its provisions. But the way the babudom works in Uttarakhand the people are not very sure whether the centre’s move will bring about any change in the lethargy of the system.

The then Khanduri government in Nov 2011 had imp-lemented a citizen’s charter under which various services were to be provided in a time bound manner, ranging from a couple of days to a fortnight. But the babudom continued with it pace of work, regardless of the charter for there was and is no one to listen to the public, who just keep running from pillar to post with their grievances and no one caring a fig.

A glaring instance an application made for an ‘heirship certificate’ on June 18 last year. And as the new Congress government headed by Vijay Bahuguna had not revoked the charter, the certificate should have been made available within a fortnight. But weeks turned into months and as the hapless person kept running from pillar to post, the babudom had succeeded in putting a nail in the coffin, where they have kept the charter to rest in peace.

The apathy of the babudom, including those at the tope drawing fat salaries towards the people of this small mountain state, is beyond compare, courtesy the political set up that is hell bent on not being answerable. The applicant alleges that he made a number of visits to the office of the district magistrate and chief minister in the hope of conveying his grievances and that the certificate may be given, but he could not enter their “protected and reserved for a few chambers”.

And though the central Bill provides for a mechanism to redress the grievances, the people of this small hill state, who have been at the receiving end for the over 12 years that it got statehood, fear that it will meet the same fate as the citizens charter pronounced by the former chief minister, courtesy the babudom and the political set-up, which neither has the political will nor the desire to improve the lot of the common man.