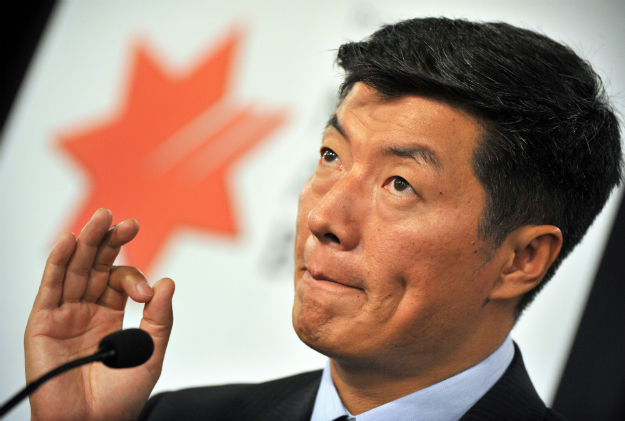 Shimla: Giving recognition to the Prime Minister of Tibet, for a government in exile as being a democratically elected leader, the Himachal Pradesh government today decided to permit use of red beacon light on the official vehicle of the dignitary.

Interacting with media persons, chief minister Virbhadra Singh said that a decision had been taken to provide red beacon on the vehicle of Prime Minister of Tibetan Government-in-exile.

He said, “Prime Minister of Tibetan Government-in-exile is a democratic elected leader and His Holiness Dalai Lama is the respected and distinguished guest and providing security and respect to them is our responsibility.”

With the communist regime of China not recognizing any Tibetan government in exile and most Tibetans residing in Dharamshala and others parts of Himachal retaining the status of refugees, the community finds itself at the cross roads as it comes into conflict with local interests and businesses.

Dharamshala happens to be the headquarters of the Tibetan Government in Exile and has been the residence of Dalai Lama, ever since he fled Lhasa, Tibet in 1959 evading the Chinese occupation of the state.

Not permitted to buy any private property in the hill state, a commission set up by the earlier BJP led government had recorded that there were 80 cases of land illegally having been bought by Tibetans in and around Dharamshala.