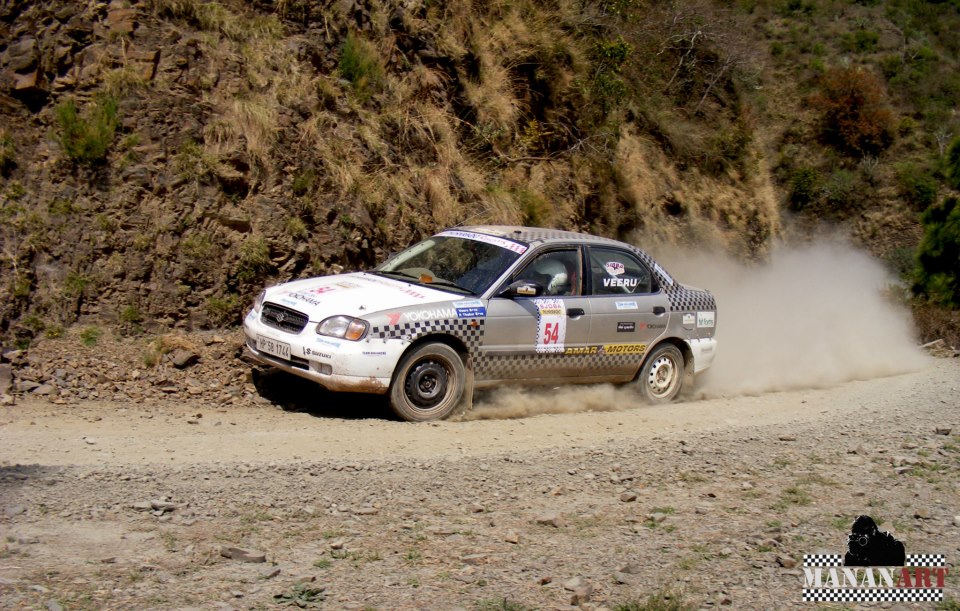 It was the first time that Parminder Thakur, previously a co-driver with rally champion Suresh Rana hit the track as a driver with Virender Kashyap in a car. Both Parminder and Virender are from the Shogi, 13 km short of Shimla.