Washington: US auto major Ford and its ad agency WPP have apologized for offensive artwork depicting women tied up in the back of a Ford Figo, a car made in India.

Manufactured by Ford India in Chennai, Figo is based on the Mark V European Ford Fiesta hatchback. It has been in the export market since March 2010. A new model of the car was released in South Africa in January 2013. 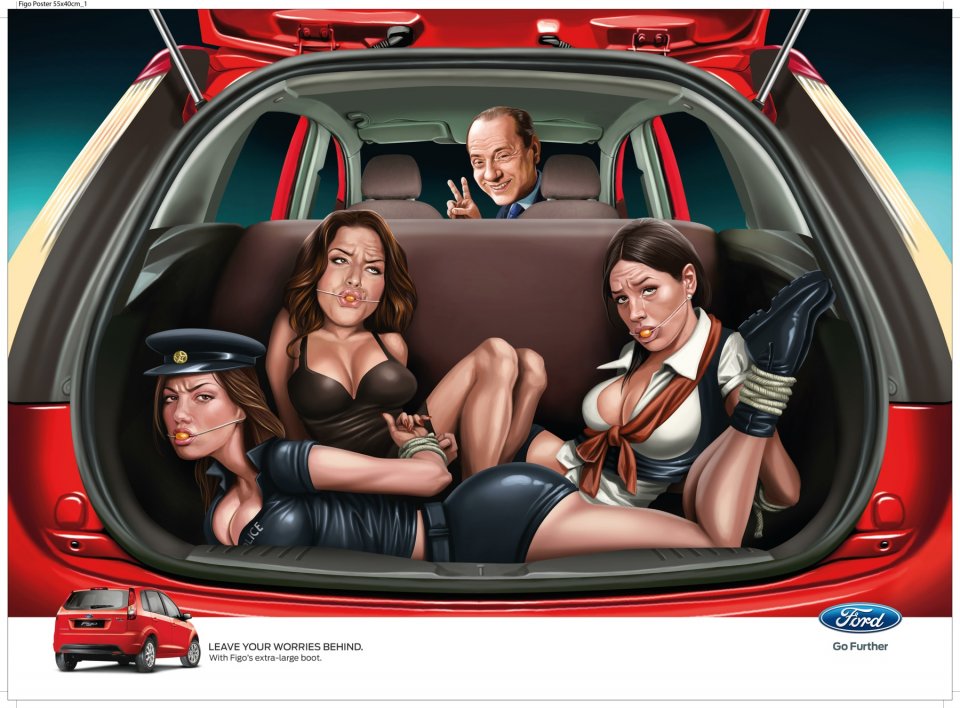 The cartoonish drawings were never part of a paid campaign but were part of “a creative exercise by a team that was submitting for an ad competition,” according to Chris Preuss, Ford spokesman for WPP, as cited by CNN Money.

“They were actually posters uploaded to a website, which is where it all took off from.”

One of the images depicts Silvio Berlusconi, former prime minister of Italy and a candidate in the current campaign, driving a Ford Figo with three tied-up women in the back.

“We deeply regret this incident and agree with our agency partners that it should have never happened,” said Ford, in a prepared statement. “The posters are contrary to the standards of professionalism and decency within Ford and our agency partners.”

WPP also released a statement saying that it “deeply regret[s]” the existence of the “distasteful” posters.