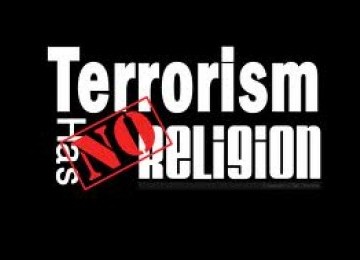 New Delhi, March 30 (IANS) Counter-terrorism is a layered game that takes into stride several nuances of the contemporary world’s single largest threat – insurgency. On one hand is the core operations against the agents of subversion, while on the other is the risk of being overzealous, which often singes innocent civilians – and whips up communal animosity in the process.

A play, “Trial of Errors”, presented by noted film maker Mahesh Bhatt and producer Sandip Kapur and directed by Wayram Mast, explores the complexities of anti-terror operations and their bearing on Muslim youth in the society. The play, staged in Mumbai earlier, played to a packed house in the capital late Friday evening.

Starring Imran Zahid in the lead as the journalist of an Urdu daily, the play captures the trauma of innocent Muslim youth caught in the web of random arrests and trumped-up charges of abetting terrorism.

The play makes itself relevant to the present times by taking off on Afzal Guru’s hanging. The journalist Mohammed Rehan, a young man from Uttar Pradesh, comes to a temple town to report in a blast at a Hindu shrine that killed five people. The Indian Mujaheedin claims responsibility and one of its cadres, Mohammed Gulshad, is sentenced to death.

Rehan, who meets almost everyone connected with the terrorist attack, including the death row inmate, is intercepted by four sleuths of the anti-terrorism squad of the police when he drops in to meet an old friend. The sleuths grill Rehan about his meetings with operatives connected with the strike.

He is frisked and his laptop scanned for details.

Under pressure, Rehan is forced to spill the beans about his conversation with Mohammed Gulshad – including his visit to the terrorist’s home and in jail. At this point, the play takes a meaningful twist. Rehan’s disclosures bring to light a complex nexus between the police, anti-terrorism sleuths and the common Muslim youth.

Gulshad, who was once arrested by the police for planting a bomb and was let-off for want of evidence, is a sitting duck for the police each time communal or terrorist violence rocks the town. The police pick him up after a terror strike in a shrine and pin the blame on him. He is sentenced to death. Gulshad laments the arbitrary way he is arrested and divulges how the police force employed Mulsim youths to bribe them to evade arrest.

The journalist’s account of the terrorist’s life is recorded and he is arrested. The media brands him a dreaded terrorist from Delhi, who was being funded by rival agencies in a charge that remains unresolved. The ghosts of jihad gets to him and Rehan succumbs to life behind bars.

The underlying text is that young Muslim society is always held at gunpoint by anti-terrorism operatives. Not all Muslims are terrorists.

Scriptwriter Rajesh Kumar said he “was not scared to write the play. I wanted to expose the communal forces”.

Actor Imran Zahid said he had spent time with many journalists to hear their stories before taking on the part.

Gaur, the founder of the street theatre ensemble Asmita Theatre, said: “In 1996, I had staged a play, ‘The Final Solution’ by Mahesh Dattani that had explored similar themes.”

Another of Gaur’s plays, “Interfaith” – on communal harmony – is still staged in the capital.

This communal animosity and distrust is evident in cross-border theatre as well. At the Bharat Rangmahotsav – the annual theatre festival of the National School Drama – two plays from Pakistan were banned in view of the tension between the two countries.