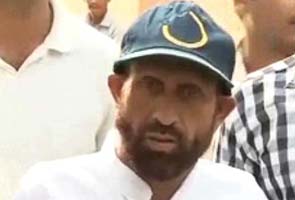 Shah, 47, a resident of Dardpora village in Kashmir’s Kupwara district, was arrested from Uttar Pradesh’s Gorakhpur March 20 when he entered India through Sunauli border check post of Kathmandu where he flown in through Karachi.

There are two conflicting versions on Shah’s arrest. While Delhi Police claim he was part of a terrorist plot attempting to launch a fidayeen (suicide) attack in the capital, Jammu and Kashmir Police say he was on his way back home from Pakistan to surrender under the rehabilitation policy of the government.