Jammu: Opposition parties in Jammu and Kashmir assembly Friday protested the government’s decision to disallow paramilitary forces from carrying arms which, they said, results in their suffering casualty at the hands of terrorists.

Panthers Party members raised the issue as soon as the House assembled for the day, referring to the killing of a Border Security Force (BSF) trooper in Srinagar Thursday, which was preceded by a “fidayeen” or suicide attack on Central Reserve Police Force (CRPF) March 13 that left five troopers dead. 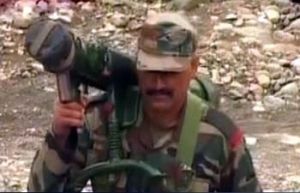 “The terrorists were encouraged by the state government’s decision to bar the paramilitary forces from carrying firearms in Kashmir. The terrorists are targeting the BSF and CRPF with impunity,” Panthers Party’s Harsh Dev Singh contended.

His party members, and Jammu State Morcha member Ashwani Kumar said the government should “immediately withdraw this order and allow the security forces to tackle the terrorists the way they used to do in the past”.

In the absence of Chief Minister Omar Abdullah, who is in New Delhi for the past two days, Minister of State for Home Sajjad Kichloo replied that this order was only for those security force personnel deployed for law and order duty and “that cannot be done away with”.

“There was no provision of disapproving the use of firearms against terrorists,” Kichloo said.

“When they don’t have arms, how are they going to reply to bullets of terrorists,” asked Sharma as he, along with party members, staged a walkout from the house in protest.