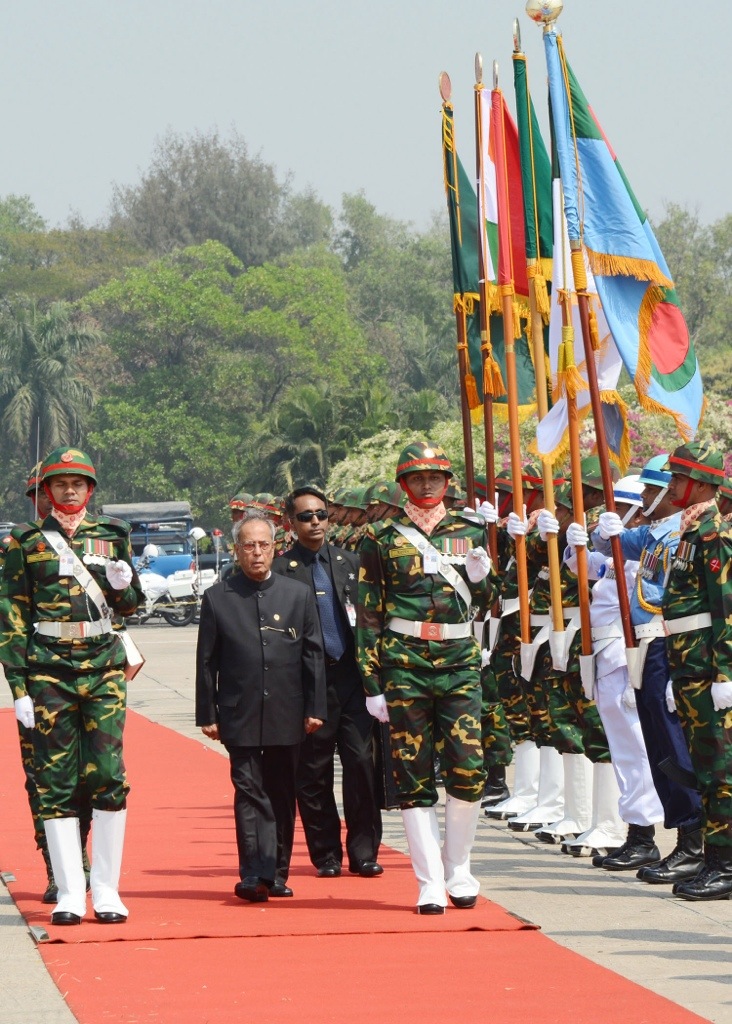 Dhaka: Indian President Pranab Mukherjee arrived in Bangladesh to a red-carpet welcome and 21-gun salute even as 14 people were killed in fresh clashes Sunday over the death sentence given to a top Islamist opposition leader.

Mukherjee, on his first trip abroad as India’s head of state, was received by President Zillur Rahman at the Hazrat Shahjalal International Airport.. 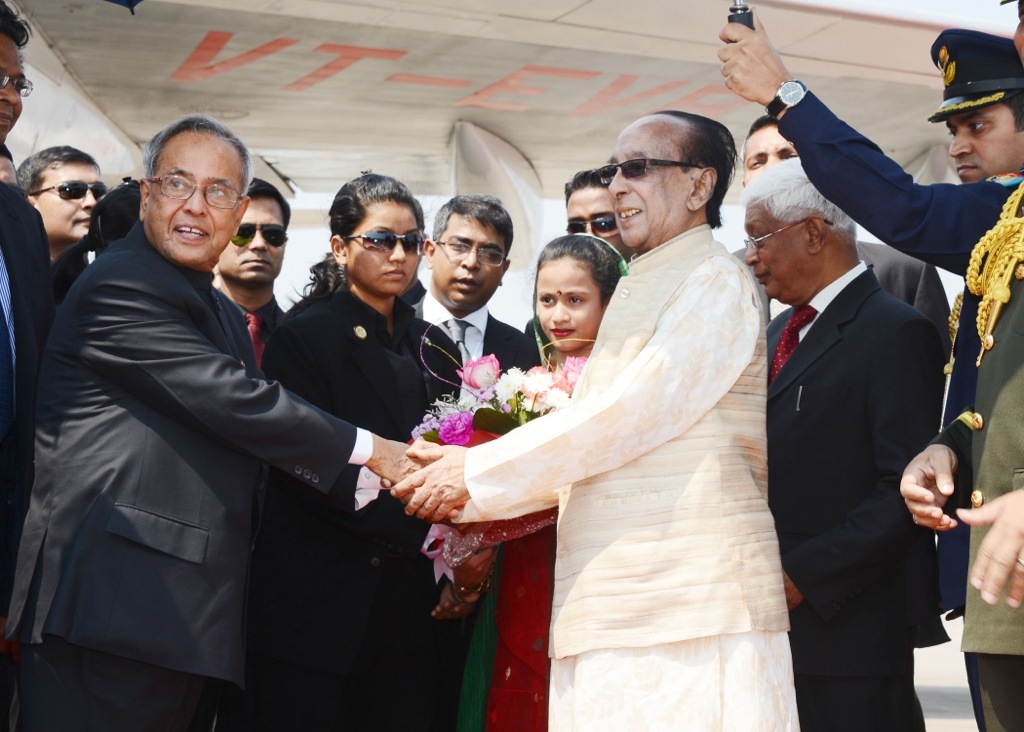 The president is accompanied by his wife Suvra Mukherjee and an official delegation, including Minister of State for Railways Adhir Ranjan Chowdhury, Foreign Secretary Ranjan Mathai and four MPs. A special decorated stage was erected on the tarmac with soldiers standing around to welcome Mukherjee. Several Bangladeshi ministers, including Foreign Minister Dipu Moni, were present at the airport to welcome Mukherjee.

The opposition Jamaat-e-Islami has called a general strike March 3-5, coinciding with the president’s visit, to protest the conviction of JI chief Delwar Hossain Sayedee for the 1971 war crimes, including rape and genocide.

Nearly 60 people have been killed so far in the clashes between police and Jamaat supporters, including its student wing, Islami Chhatra Shibir.

The streets of Dhaka are calm, but the visiting journalists have been advised not to venture out alone, but go in groups. The violence has mostly been concentrated in Hindu-dominated Noakhali and in Chittagong, said an official.

On Sunday, 14 people, including a police constable, were killed when activists of Jamaat-e-Islami and its student wing Islami Chhatra Shibir and supporters of convicted Sayedee clashed with police in five districts.

“We have done a lot of preparations for the visit… advance teams have gone to Bangladesh to prepare for the visit. The overall situation has been carefully examined, and it would be appropriate to carry out the visit.”

“The visit is to convey that India is stands strongly behind Bangladesh in this time of trouble,” said a source. 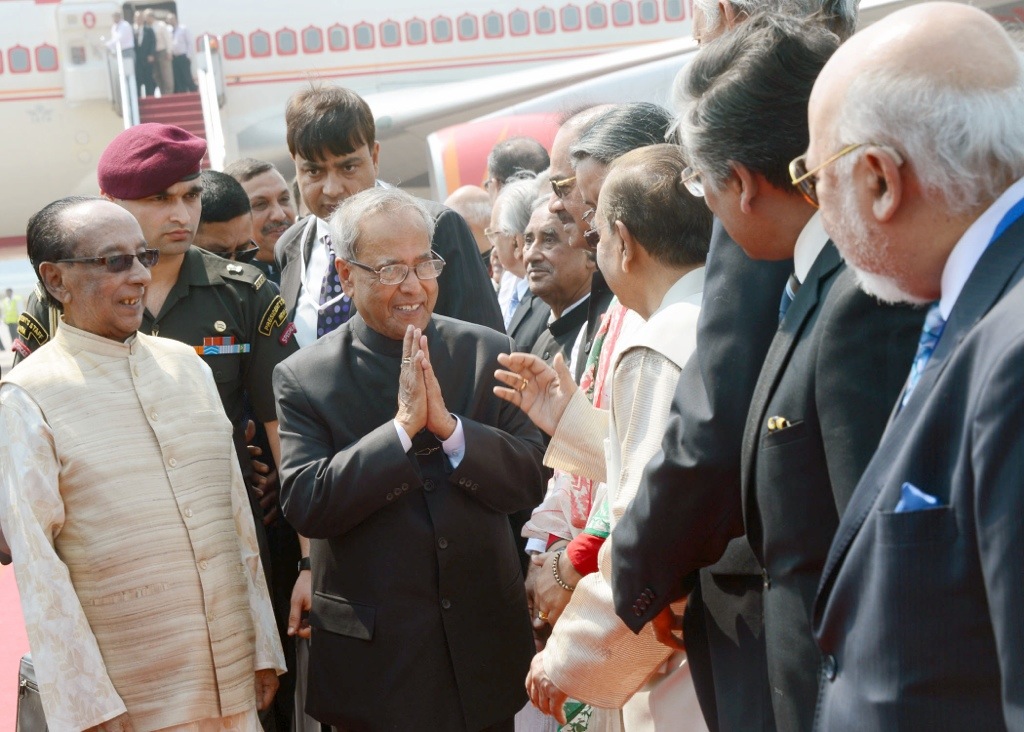 After landing at the airport, Mukherjee flew in a chopper to the National Martyr’s Memorial at Savar, around 30 km away. He laid a wreath on the memorial, planted a sapling and signed on the visitor’s book.

In his message, the president said that the National Martyrs’ Memorial “symbolizes Bangladesh’s struggle for justice, emancipation and independence. It reminds us of the valiant sacrifices made by innumerable men, women and children who fought for their homeland – Sonar Bangla. I pay my deep respect and homage to all those martyrs.”

Prime Minister Sheikh Hasina, who had personally invited Mukherjee to visit Dhaka, as well as Foreign Minister Dipu Moni and Finance Minister Abul Maal Abdul Muhith are to call on Mukherjee separately at the Hotel Pan Pacific Sonargaon where he is staying.