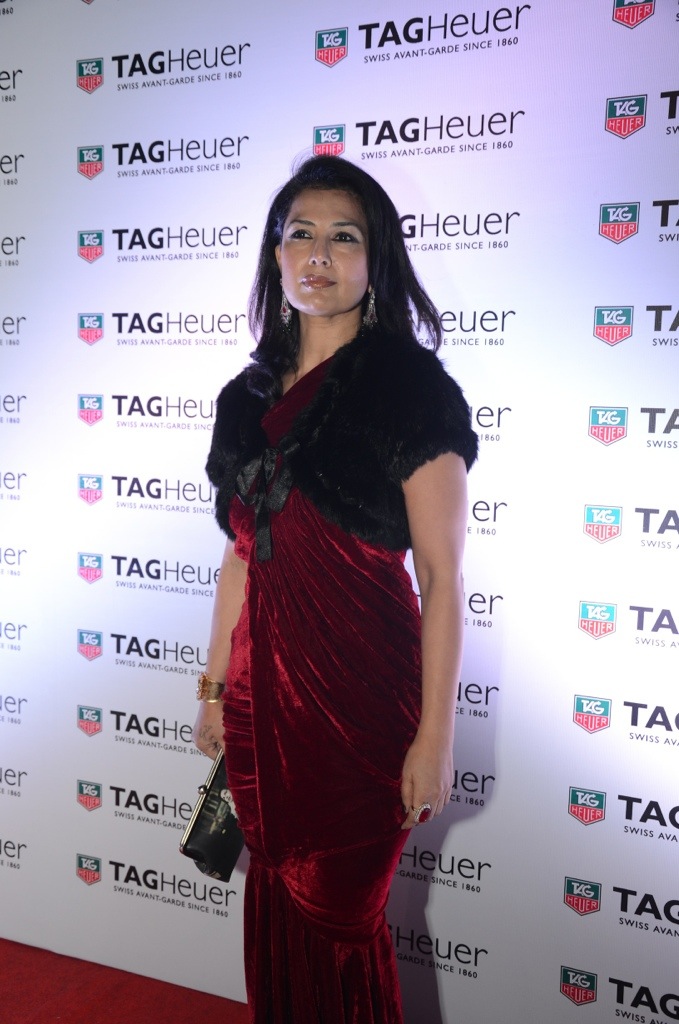 “India’s position as a target market for international brands has been improving, as is evident from the number of launches in the last six to seven years. This is because although the per capita income in India is low, India is a huge market, even for expensive products,” said Beri in an interview.

“In general, India has a potential of almost a billion buyers. Indians are now unapologetic about spending lavishly on luxury goods. The purchasing power of Indians has indeed gone up. For the consumer, wants have become necessities,” she added.

In the business for over two decades now, Ritu Beri feels that the Indian fashion industry has got a huge potential.

“My vision for the future of the domestic fashion industry for Indian designers is to develop corporate fashion houses along the lines of their successful western counterparts. This would involve our designers establishing strong brand identity by utilizing niche aspects of Indian culture.

“A case in point is that of several Japanese brand names, while preserving the spirit of Japanese influence in their designs. This has enabled them to carve out a special niche for themselves in the competitive world of international fashion..”

Over the years, Beri has made a mark with her chic apparels, having started at a time when the Indian fashion industry was at its nascent stage.

Ever since, she has showcased at the prestigious Paris Fashion Week and dressed up noted international celebrities such as Bill Clinton, Prince Charles and Nicole Kidman – a representation of the inroads that Indian fashion has made into the world outside.

A graduate of the National Institute of Fashion Technology, the designer launched her label in India in 1990.

She became the first Indian designer to present a show in Paris, where she successfully launched her first luxe collection in 1998. Her gradual success led her to be named by Time magazine among the People to Watch in International Business.

She also noted how the Indian fashion industry has improved manifolds.

“Today our designers are constantly showcasing in various fashion capitals of the world. India`s fashion also is spotted on the fashionable ramps of the world and is a huge source of inspiration. Our fashion weeks are also gaining attention from the international outlets, fashion representatives and buyers gradually,” said Beri.

What key changes has she observed?

“Initially this industry was limited to only the elite. It was mainly about ritual dressing, like for wedding, festivals and receptions. Now the consumer class, which consists of a large population of a young workforce, makes serious money with increased international travel. The consumer has become more aware and open to dressing up on a daily basis.

“They also realise the effort that goes into designer products and are willing to pay the price for it. The purchasing power of Indians has indeed gone up,” she said.

Beri, who sells her creations through boutiques in France and Germany and a store in New Delhi, also notes how many designers are foraying into pocket-friendly collections targeting the mass market.

“Fashion for me is not just restricted to designing clothes for the supermodels walking down ramps. It is about the real people in real situations. The mission therefore is to deliver India a range of apparels and accessories that meet the criteria of brand- equity, stylised clothing and value for money for pret-a-porter line of clothing,” she said.

Her future plans for Indian market?

“I intend to establish ‘Cultural Embassies’ representing the exotic, mystical and magical aspects of Asia in various forms. The affinity between various cultures culminates in a miracle of perfection, and I want to show this to the world,” she said.