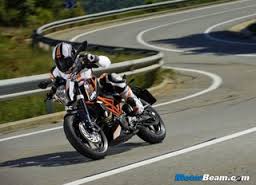 In a statement, the company, referring to its recall notice for CBR 250R standard variant motorcycle, said it has successfully completed the voluntary market action on 75 percent of the suspected lot in four months’ time.

According to the company, the recall is applicable for 11,500 units made at its Indian factory between March 2011 and September 2012.

“There is a possibility of limited ineffectiveness in front brake application, though this concern doesn’t impact the overall braking functionality and effectiveness of front and rear brakes under normal riding conditions,” the company said.