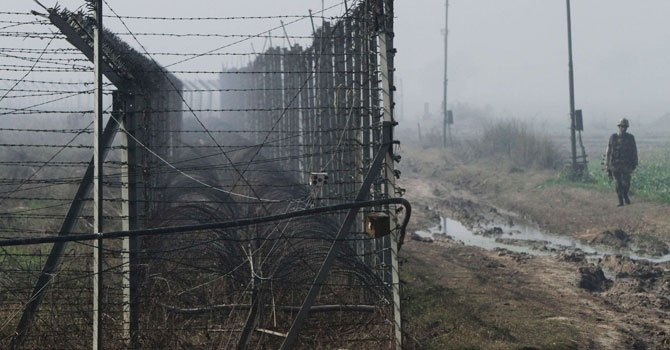 While National Investigating Agency (NIA) probes the veracity of claims of Delhi Police and Jammu and Kashmir Police on credentials and motives of a Kashmiri man, Liaquat Shah, arrested for alleged terror plot in the Capital, the surrender policy for former militants needs an urgent review. According to Jammu and Kashmir Police Liaquat Shah is one of the 1089 former Kashmiri militants currently in Pakistan and Pakistan administered Kashmir who have applied for their return and surrender under state government’s amnesty policy of November 2010.

The return of Kashmiri youth –some of them are now in middle to old age –is not only a serious issue for humanitarian intervention but also part of the political process that is required to address some of the pestering problems that make together the whole package of complex Kashmir conflict. It was in late 1980s that hundreds of Kashmiri youths crossed over the Line of Control to get arms training for participating in the separatist militancy back home. Hundreds died while fighting but hundreds more crossed over year after year. These crossings have mostly been voluntary. The native Kashmiri youths mostly dragged their feet from the armed militancy by mid 1990s and the operations were now taken over by external elements, mostly Pakistanis of Punjabi descent. However, those who had once crossed over could never find a legitimate way to come back. Even if they had tried returning through the same clandestine route used for crossing over the re-assimilation in the homes and societies couldn’t have been possible. Their names are part of the missing fugitive record. In last two decades many such youths managed take their families along. Others settled down their marriages in Pakistan and Pakistan administered Kashmir. Two decades is just five years less than a full generation and by that logic the one who crossed over at the age of 25 in 1990s is today possibly father of marriageable children. If Pakistan media are to be believed the number of these escapees along with their families and children is upward of 35,000. However, the Jammu and Kashmir government has a record of 3974 militants awaiting their return from Pakistan. The post 9/11 security environment completely changed Pakistan’s terms of engagement in Kashmir. The official patronisation of militancy took a dive for all practical purposes but symbolic gestures were kept intact. For Pakistan, what was promoted as an achievable project in early 1990s was a wholesome risky affair ten years later. The Kashmiri youths on the other side who had already been jobless years ago were now aimless too. Sort of craving for their homes might have existed always but in post 2004 scenario when New Delhi and Islamabad began to talk creatively on Kashmir the return to ground realities appeared only viable option to thousands of Kashmiri youths and their families mostly putting up camps around Muzaffarabad. Once bad elements for India, they are arguably the good people and their return proves that gun does not help anyone in Kashmir.

A hazy and loosely worded policy for surrender and amnesty to former or active militants was approved by the Mufti Mohammad Syed led Jammu and Kashmir government way back in 2004. But the return of these youth from Pakistan and PaK became part of the political discourse between 2006 and 2008 when two important mainstream leaders of Jammu and Kashmir –Omar Abdullah and Mehbooba Mufti –visited Pakistan at different occasions. The visiting leaders were overtly and covertly sounded about eagerness of the stranded families to return. The return, surrender and rehabilitation also became part of recommendations of the Prime Minister’s Working Group in 2007. It was only in 2009 that Omar Abdullah government pushed the envelope with the Centre and the policy was introduced on November 23, 2010. Since then 1089 families in Kashmir have applied for their return of their kin but only 191 applications have been approved after scrutiny. So far 241 persons have returned mostly with Pakistani wives and children born there over last two decades.

The big question that always haunted the policy was which door is to be used for facilitating return of former militants from Pakistan? The Government of India proposed two LoC crossing points –Uri and Poonch –the Wagah border and Indira Gandhi International Airport as the ports of entry into India. That is where Pakistan has problem. If any of the four routes are allowed for return home of the former militants and their families the message that does down is of the defeat of the very philosophy certain elements in Pakistan’s establishment and the governments from time to time espoused as their national stand on Kashmir. The conflict between Pakistan’s newly emerging practical approach on Kashmir and the needs of public consumption in jihadist society notwithstanding, Islamabad deserves appreciations for its backchannel cooperation with India on the issue of return of former militants. It is apparently with concurrence of Indian and Pakistani authorities to let the Kashmiri men and their families escape through Karachi, land in Kathmandu, cross over Sanauli post on India-Nepal border, take a train to Jammu and then the onward journey to home. The Indian policy and Pakistani cooperation couldn’t have been more generous to the thousands of changed hearts but Kathmandu is a bad port. Kathmandu is an infamous Kurukhshetra for intelligence agencies of both countries, their loyals agents, some sold out souls and some agents gone rogue. However, the dominance is clearly of Pakistan’s ISI as evidenced by many past incidents including the IC814 hijack.

There are many indications of Pakistan’s no immediate intentions of further support to organised insurgency in Kashmir. Evidences are also there of Islamabad’s support in facilitating return of those who vowed to or are accused of fighting its war against India in Kashmir. However, Pakistan doesn’t want to make this policy public for fear of backlash as keeping the Kashmir fire burning helps many political and military ends meet. As Islamabad is making every possible bid to have stable relations with India through enhanced business ties, it is time that the gulf between approaches and perceptions is also narrowed down. In that direction facilitating return of former militants and their families through LoC or the border would be an endorsement of Pakistan’s stated stand in favour of peace and against any form of terrorism.

Author is an Asia Society Fellow on India-Pakistan Initiative and Rising Kashmir’s Resident Editor. He can be reached at [email protected]