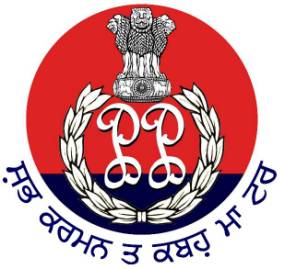 The officer, Assistant Sub-Inspector (ASI) Ravinder Pal Singh Mangat, had signalled the truck to stop at the campus being constructed for the Rajiv Gandhi National Law University here.

However, the truck driver did not stop.

Mangat chased down the truck and stopped it, but was allegedly assaulted by the driver.

The ASI, who was injured, was taken to a nearby hospital where doctors declared him dead, police officials said.

The police have arrested the truck driver and booked him for culpable homicide not amounting to murder.

The ASI was on duty at the university campus Friday as the chief justice of the Punjab and Haryana high court was to visit.

Police said that the truck was asked to stop owing to the VIP visit.

The victim is the third police officer to be killed in Punjab in recent months.

An ASI died in mysterious circumstances when he went with a police raiding party to a village in Tarn Taran district earlier this month to take protesting farmers’ leaders into preventive custody.

In December last year, an ASI lost his life after he was shot dead while trying to stop a ruling Akali Dal leader from harassing his daughter near Amritsar.