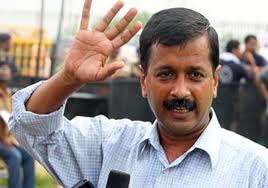 Kejriwal began his fast in the morning at a house near the sub-divisional magistrate’s office in Sunder Nagri area in east Delhi. He said the house owner had to borrow money to pay his water and electric bills.

“This fast seeks to recover the legacy of our national movement. Though Arvind’s health is a matter of concern for us, but as a political move, we unanimously agreed that he should go ahead,” Yogendra Yadav, an associate of Kejriwal, told reporters here.

Kejriwal, in a press conference Friday, said: “The time has come to motivate people against illegal rise in taxes by the Delhi government”.

AAP members will also protest in 264 wards across Delhi and launch a door-to-door campaign, asking people not to pay bills according to the increased tariff.

Kejriwal alleged that Delhi Chief Minister Sheila Dikshit had colluded with power and water companies and illegally increased the tariff.

Holding party flags and placards, the BJP workers raised slogans against the chief minister and the power and water department.

“The government is looting the common man with bloated power and water bills. We will continue our protests,” BJP leader Vijender Gupta told IANS.