Dharamsala: Expressing concern over reports of continuing self-immolations in Tibet, the US appealed to Tibetans to refrain from drastic actions, the Central Tibetan Administration (CTA) said here Saturday. 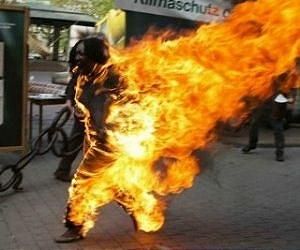 Terming it as “horrific figures” of self-immolations that crossed the 100 mark this week, State Department spokesperson Victoria Nuland said in Washington Friday: “We remain deeply concerned by the reports that these immolations are continuing.”

A post on the CTA website quoting Nuland said: “We call on those who are immolating or those who might be considering this to think hard about whether it’s the best way to express yourself.”

“We also, as we always do, call on the Chinese government to address its own policies in Tibet that have caused these kinds of tension and frustration,” Nuland said.

A CTA spokesperson told that Lobsang Sangay, the democratically elected leader of the Tibetan people, Thursday again appealed to the global community to engage China to redress the grievances of the Tibetans.

He said the CTA has been demanding to allow Navi Pillay of UNHCR to visit Tibet to investigate the real causes of self-immolations.

The CTA, based in Dharamsala, said 101 Tibetans have set themselves on fire since February 2009. The common cry of all self-immolators is the return of the Dalai Lama to Tibet and freedom for Tibetans.

China has blamed the Dalai Lama-led group of Tibetans of making “false charges” against the Chinese government and instigating its people to get global attention.

The Dalai Lama has lived in India since fleeing his homeland in 1959. The Tibetan government-in-exile is based in this Himachal Pradesh hill town.