Afzal Guru, convicted for masterminding the attack on India’s parliament in 2001, was hanged in Tihar Jail in New Delhi Saturday morning after his mercy plea was rejected by President Pranab Mukherjee Feb 3. Here is a timeline of events after the attack: 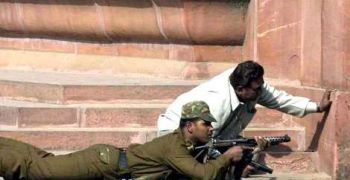 * Jan 12, 2007: The Supreme Court dismisses Afzal Guru’s plea seeking review of his death sentence, saying “there is no merit” in it.