Karnal: Three people have died while nine others, including an eight-month-old baby, have been reported with Swine Flu in the Karnal district of Haryana. 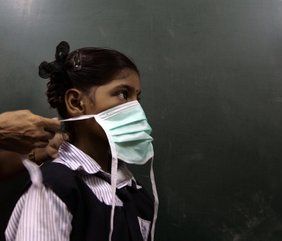 In the past weeks, cases of Swine Flu virus have increased by the day in Karnal; the situation is such that Karnal health department has sent samples of 22 patients for examination. Out of these, nine have tested positive.

One eight-month-old baby is also confirmed carrying the dangerous H1N1 virus and is currently under medical attention in Chandigarh.

According to Dr. Vandna Bhatiya, a civil surgeon in Karnal, “three people have lost their lives because of Swine Flu in the District and another nine patients, who have tested positive, are being treated.”

Karnal was put on high alert a few days back when the first few cases of Swine Flu were reported, but new cases are still being reported.

Dr. Vandna Bhatiya informed that in wake of increasing cases in the District, a special isolation room has been created in Karnal’s Kalpna Chawla Medical College and Hospital.

Two specialist doctors have also been deployed in the hospital for patients’ medical examination and care, she added.