Having risen in stature to claim the space of a prime ministerial aspirant candidate is a far cry from the Narendra Modi I had come to know when he was around here in Himachal Pradesh, only carving out a role for himself in small time politics.

Instrumental in overturning the dominance of Shanta Kumar in BJP’s Himachal chapter, it was on a March day in 1998 when Prem Kumar Dhumal had taken oath as the 5th chief minister of the hill state and had just assumed office that an unassuming Modi, sitting in the visiting room next to the CMs office, was drawing the attention of media persons, seeking their audience to also be heard and counted amidst the victory celebrations all around.

Not many paid attention to him, with some even accusingly holding him responsible for causing a power shift within the party. 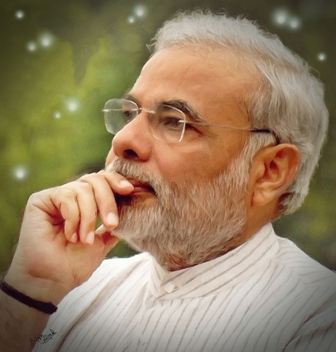 Modi then was in the role as the party incharge for Himachal. It was also the time when the Dhumal and Shanta Kumar faction had come to blows at the temple town of Jwalamukhi over leadership issues. The fractures in the party caused are yet to heal.

The coup d’état had Shanta Kumar and Modi turn into sworn enemies, a drama that was played out again at the time of 2000 communal riots when Shanta Kumar to avenge the earlier wounds went live on television and publically denounced Modi for the violence, and paid a price.

The charisma that NaMo holds over the young today, was not always so. Campaigning for the 1998 Himachal assembly election, Modi was in the thick of action and the party had even included him among the prized speakers who were airlifted from valley to valley, over lofty mountain ranges, by charted helicopters to address audiences at different venues.

Carpet bombing style election campaigns were in their infancy at the turn of the millennium.

The helicopter carrying NaMo got to a helipad in Kumarsain, a small township in Satluj valley basin on the highway to India-Tibet border from Shimla.

The BJP candidate, a green horn, had mustered all his resources to pull together a decent gathering for an audience. Modi, not NaMo then, was left fuming at the sight of a motley gathering at the venue that he was supposed to address. Not more than a few hundred people had turned up to hear Narendra Modi make an election speech in the otherwise quiet valley then.

During his time out here in the hills, Modi was counted to be a bachelor and was even romantically linked to some women, who were politically ambitious. The truth about affairs, if there were any, remained a closely guarded secret within a close group of party workers. Details about him having been a married man emerged much later.

The image makeover with someone wearing designer kurtas and supporting chic eye ware was not the Narendra Bhai (among BJP workers) who was sojourning in the hills, fifteen years ago.

Rise of a nondescript party worker to become chief minister of Gujarat and maintain a near stranglehold over its polity for over a decade is well documented story but the Modi some of us had got to know was a very different one from the NaMo that he is rechristened to today.