Shimla: An inquiry report into phone tapping by the previous BJP government in Himachal Pradesh, in violation of the Indian Telegraph Act, Friday said around 750 telephonic conversations, mainly of politicians and bureaucrats, were recorded. 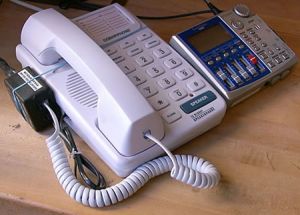 The report, prepared by State Forensic Science Laboratory in Junga near here, has been submitted to the government.

“A committee will now look into that how many out of them were recorded without following due norms,” he said.

The laboratory analysed the data retrieved from hard discs of computers seized from the Criminal Investigation Department (CID) headquarters.

Official sources said most of the conversations were of Congress leaders while they were in the opposition.

The conversations of some top government functionaries, BJP dissidents and journalists also figured.

The Prem Kumar Dhumla-led BJP government was in power in the state from December 2007 to December 2012.

The computers in the CID and vigilance bureau offices were seized Dec 26 last year, a day after Chief Minister Virbhadra Singh assumed charge.

The chief minister had said all those responsible for unauthorised recording of telephonic conversations of politicians and officials would not be spared.