Shimla: Himachal Pradesh’s top police official has been transferred after Chief Minister Virbhadra Singh alleged that his phones, along with those of hundreds of others, had been tapped and rooms bugged when he was in the opposition.

Bhandari was heading the Criminal Investigation Department (CID) when the alleged illegal tapping of over 1,000 telephones of politicians, bureaucrats and high-ranking officials took place during the previous BJP regime led by Prem Kumar Dhumal.

Bhandari has changed places with B. Kamal Kumar, who was heading the home guards and fire services, official sources said.

Official sources told IANS that the decision to replace Bhandari was taken Monday night after the screening committee on appointments, headed by Chief Secretary Sudripta Roy, cleared Kumar’s name for the top post.

Both Kumar and Bhandari belong to the 1982 batch of the Indian Police Service, but the former is retiring in July. 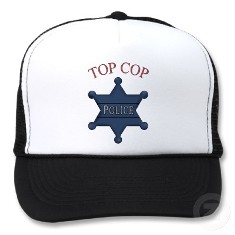 A senior official, who didn’t wish to be identified, said the state had already sought legal opinion on the implications of mass surveillance of telephones without following norms.

He said a first information report under the Indian Telegraph Act could be registered.

A just-concluded inquiry of the state forensic science laboratory found that the previous government had recorded telephonic conversations between 2008 and 2012 on a large scale.

Virbhadra Singh said the former chief minister could not absolve himself of blame. Mincing no words, he said that more than 1,000 telephones were tapped by the BJP government.

“The privacy of certain political leaders was infringed upon. The number of phones tapped clearly indicated malafide intention of the then government,” Virbhadra Singh told reporters.

Clarifying his position, Dhumal told IANS that permission for tapping the phones was given by the home department, and the chief minister’s office had nothing to do with it.

“Dhumal was also the home minister, so how can he deny responsibility or knowledge of the phone tapping? How can he say he had no knowledge (of the recording of calls)? It was his moral responsibility. The brain behind it all was the (former) chief minister’s,” Virbhadra Singh said.

Official sources said the government ordered seizure of the computers of the CID Dec 25, the day the incumbent chief minister assumed charge.

They said most of the conversations were of Congress leaders, who were then in the opposition.

The conversations of some top government functionaries, BJP dissidents and journalists also figured in the long list.

“What is clear from this (forensic science) report is that the BJP government was indulging in a conspiracy of surveillance on senior opposition leaders. I was on the top of the list. There were even instances of bugging in my offices (in Himachal Bhawan) during my Chandigarh visits,” the chief minister said.