New Delhi: Himachal Pradesh Tuesday again raised the issue of expenditure the state is incurring on the security of Tibetan spiritual leaders, the Dalai Lama and the 17th Karmapa, Ogyen Trinley Dorje and asked the central government to bear the expense. 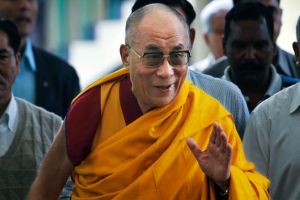 “Only a small amount of assistance is being provided to the state for their security. The government of India should also provide liberal assistance for establishing Tibetan refugee units in Shimla and Tibetan refugee cell in Dharamsala,” Governor Urmila Singh said at the governors’ conference here.

More than 50 years ago, the Dalai Lama fled to India from Tibet and established his government-in-exile in Dharamsala.

Over 27,000 exiles are in the state, mainly in and around Dharamsala, say state government officials.

The governor also raised the demand to sanction a battalion of National Disaster Action Force and need to strengthen state’s Narcotic Control Bureau.

Since the hill state falls in seismic zone IV and V, suggesting severest seismic sensitivity, she stressed the need for constituting a disaster action force in the state.

On curbing narcotics trade, the governor stressed on strengthening state’s Narcotic Control Bureau as huge tracts in the interiors of Kullu and Mandi districts are under opium and cannabis cultivation.

She asked the central government to re-consider the decision of withdrawing Indo-Tibet Border Police (ITBP) from Chamba district, which shares a border with Jammu and Kashmir.