The cabinet at its meeting, presided over by Chief Minister Virbhadra Singh, took decision to cancel the allotment of 28 acres of land in Solan district to Baba Ramdev for setting up a herbal garden and a branch of his Patanjali Yogpeeth, a government official told. 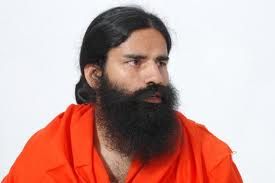 He said the land, valued around Rs.35-40 crore, was allotted by the previous Bharatiya Janata Party (BJP) government in 2010 on a 99-year lease at a token amount of just Re.1 by violating land norms.

The prime piece of land is located mid-way between Kandaghat town and the hill resort of Chail, 50 km from here.

The Congress, while in opposition, was demanding cancellation of the lease given to the yoga guru of the land which former Punjab chief minister Amarinder Singh’s family had donated to the government in 1956 for setting up the Indira Holiday Home for Children.