Shimla: Himachal Pradesh will start within a month a round-the-clock helpline for women in distress, a minister said here Friday. 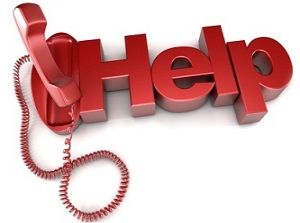 “Safety of women is top priority. A toll-free helpline will be set up in a month’s time,” Social Justice and Empowerment Minister Dhani Ram Shandil told reporters here.

He said girls in schools and colleges would also be trained in self-defence.

“The girls will be trained in marshal arts. I have been taking it up at the national level also so that NCC (National Cadet Corps) course should be made mandatory at school. We will see and work it out in Himachal too,” he said.

Shandil said it was high time the state women’s commission used its powers to protect women against crime.

“The women’s commission needs to be strengthened and made more effective,” he said, pointing out that over the years the commission has been limited to the role of sorting out only domestic violence issues.

The minister said steps to reduce maternal mortality and infant mortality would also be taken up on priority in coordination with the health department.

Focusing on strengthening of over 18,000 anganwadi (child-care and mother-care) centres in the state, Shandil said steps would be taken to bring qualitative improvement in them and make them child-friendly.