Sriharikota (Andhra Pradesh): India’s second moon mission will depend on Russia’s decision after a failed inter-planetary mission with China, said India’s space agency chief Sunday, a day when it launched its 100th mission. He also ruled out any race with China to Mars.

“Russia is reviewing its inter-planetary missions after a failed joint mission with China. For Chandrayaan-2, Russia has to provide the lander. India will build the lunar orbiter and rover. Russia has said they would come to us with a decision after their review,” Indian Space Research Organisation (ISRO) chairman K. Radhakrishnan told reporters.

While reports said that the Chandrayaan 2 project may get delayed to 2016, Radhakrishnan did not comment on it. 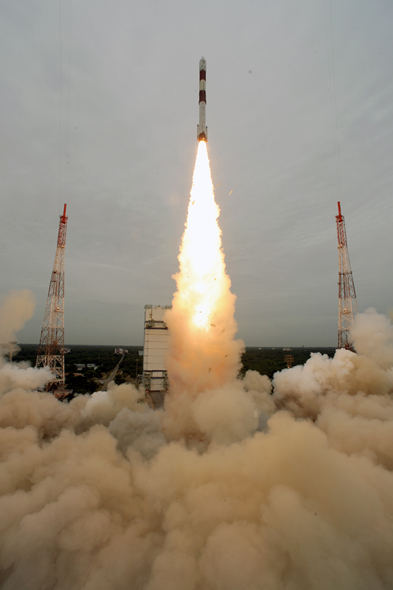 ISRO is now eagerly looking forward to its Mars mission planned for next year.

Ruling out that India being in a race with China for the Mars mission, Radhakrishnan said: “Mars mission is a challenging one where we will develop new technologies.”

He said ISRO was studying the Mars mission since August 2010 and the union cabinet had recently approved the project.

He said the Mars mission was much more challenging than Chandrayaan 1 mission since it required taking the orbiter from the initial orbit into Mars’ orbit as the distance to be covered was huge.

Radhakrishnan said the mission involves a voyage of 300 days while other major challenge was tracking the satellite with a deep space network.

He said to realise the Mars mission next year, ISRO centres were working hard to perfect the GSLV rocket technology including the cryogenic engine technology.

On the expansion of facilities at the space port here, Radhakrishnan said ISRO had decided to set up a multi object tracking radar to track the space debris and to time its rocket launches precisely.

He said ISRO was also planning to have a second vehicle (rocket) assembly building to facilitate increasing launch frequency.

He said ISRO would build two more communication satellites – GSAT 15 and GSAT 16 – to augment its transponder (transmitters that receive and send signals) capacity. 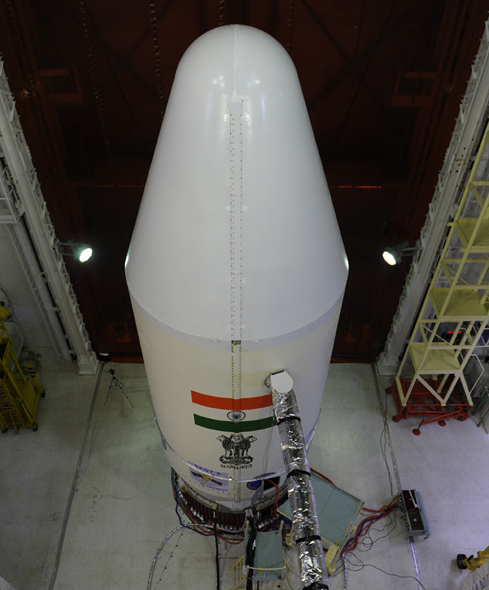 “The 25 rockets would include PSLV, GSLV and GSLV Mark III. The satellites include seven navigation satellites with the first one to be expected in 2013. Then there will be series of remote sensing, microwave and communication satellites,” Radhakrishnan said.

He said the Planning Commission has not yet allocated any sum for the space sector for the 12th Plan Period while the spend during the last five years was around Rs.20,000 crore.