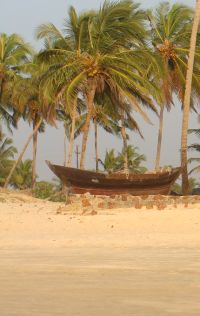 Parrikar was speaking during zero hour after a member said that local taxi operators were being run into ground services by foreign nationals, who were charging visiting tourists “by the dollar”.

“We will be sorting this out in the next couple of months. We have come across several cases like this. The government will not allow the interest of local taxi operators to be hurt,” Parrikar said.

“The chief minister had directed the police department to keep eye on these reps (representatives).

“Instances of reps getting involved in tourist taxi business resulting in scuffles have also been reported. Twelve challans (fines) have already been issued to such operators,” Dhavalikar said.

In December last year, the beach village of Morjim exploded into violence due to a spat between taxi drivers and operators run by a Ukranian national.