Mumbai: Eros International Media Ltd and Endemol India have announced a strategic alliance to co-produce three feature films and the collaboration has earmarked Rs.100 crore to fund these three productions. They will also make original content for television. 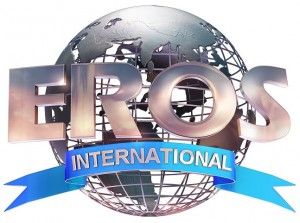 The three-film deal includes an action comedy, which will be a remake of a southern blockbuster, an original romantic comedy and a comic caper. Of them, the first one to hit the floors will be the romantic comedy and its shooting will start later this year.

Television formats and original programming for television is another area that Eros and Endemol will collaborate on.

Many of Eros-owned film Intellectual Property Rights will be considered for adaptation for the television format and vice versa.

“We are really excited to be partnering with Endemol India… The alliance is founded on the coming together of our respective core competencies in film and television,” Jyoti Deshpande, executive director, Eros International Media Ltd, said in a statement.

Deepak Dhar, CEO Endemol India said with the association they are planning to “make a mark on the big screen as well”.

“After successfully producing content for some of the biggest format shows in the country, we are expanding our portfolio to films and are delighted to partner with leaders in this space,” he said.

Also, Endemol is remaking “Kahaani” in Tamil and Telegu. Sekhar Kammula is directing the movie and actress Nayanthara will be seen essaying the character of Vidya Bagchi.