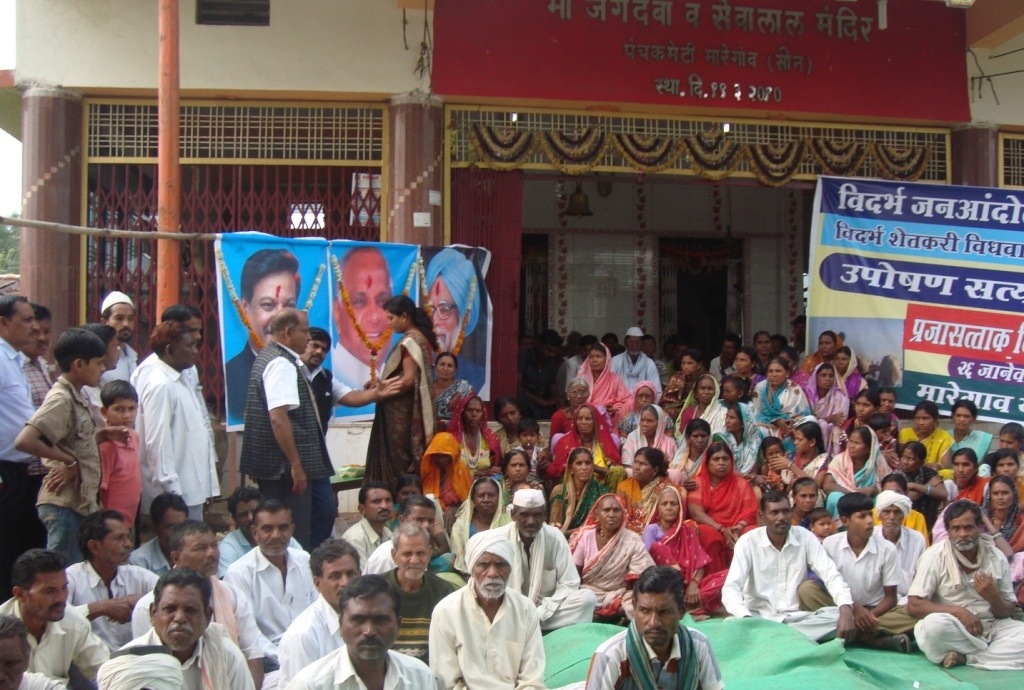 Nagpur: As the nation celebrated the Republic Day, thousands of farmers from Maharashtra’s Vidarbha region Saturday worshipped portraits of political leaders and undertook a day-long fast to seek the government’s intervention in resolving the agrarian crisis in the region.

Over 300 widows and 2,000 farmers gathered at the Maregaon village temple in Yavatmal district to offer prayers. They prayed that their leaders realise and accept that the ongoing crisis would kill more farmers if corrective measures were not taken immediately. 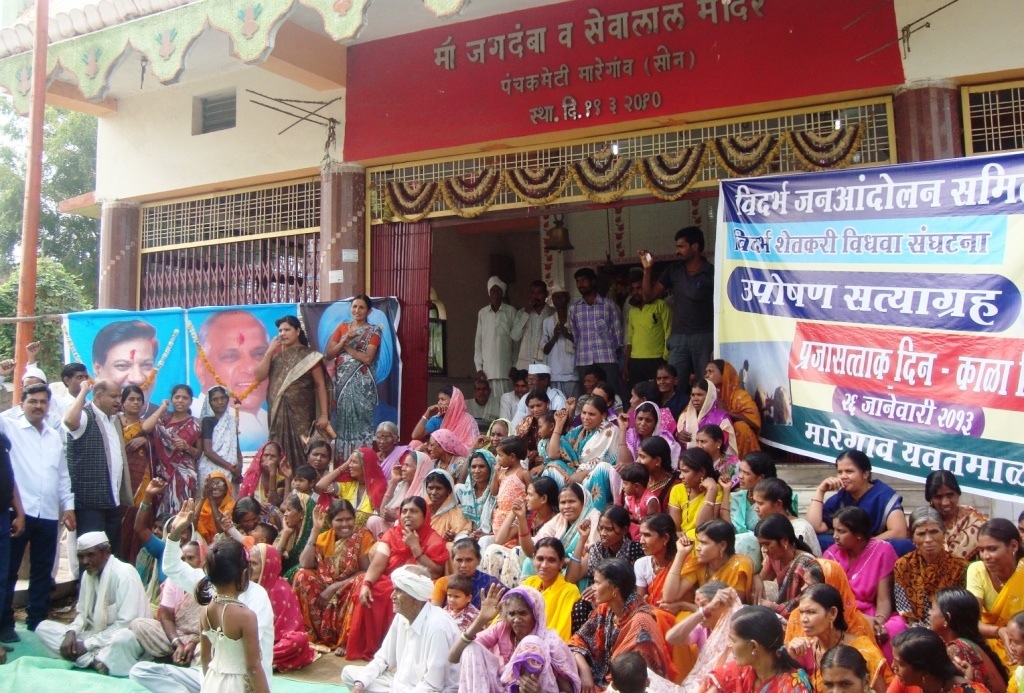 “Today’s protest is a last-ditch effort to put Vidarbha on the national radar as day after day framers are killing themselves due to high debt. But neither the state nor the central government is paying any heed to poor farmers’ problems,” said Kishore Tiwari, president of Vidarbha Jan Andolan Samiti (VJAS) — a farmers’ advocacy group.

Last year, a parliamentary panel headed by Basudeo Acharya visited Maregaon village to look into the causes of agrarian crisis and submitted its report to parliament.

“The UPA (United Progressive Alliance) government at the centre has turned a blind eye to the farmers’ issues, while the parties in opposition have no agenda to save the dying farmers who are victims of wrong policies and technology promoted by the state,” Tiwari added.

Tiwari said the 11 districts in Vidarbha region have seen about 11,000 suicides since 2005. According to him, as many as 22 farmers have committed suicide in January so far.

“The failure of the BT cotton crop in the region’s 4.2 million hectare of land has forced farmers to sell their produce at throw away prices. There has been no state intervention or compensation. This is driving bankrupt farmers to kill themselves,” he said.

“The administration is busy in painting a rosy picture of bumper crops, which is adding fuel to the fire,” Tiwari added.