Dharamshala: Eyeing a Test slot in the Australia Series, Suresh Raina wants to prove his worth by batting up in ODI at Dharamshala. “I would like to bat higher up the order. If I am given a chance, I would like to give my 100 percent as it will also give me an opportunity to play more overs. I have enjoyed batting at No 5, 6 or 7 where you need to bat till the finish,” Raina said while talking to the Press in Dharamshala. 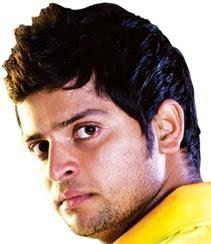 “If you talk about my Test performance, I scored a 50 in one of my last three innings. I believe that I can make a comeback in Tests,” the 26-year-old stated. Raina has a Test average of less than 30. However, the left-hander is still hopeful of making a comeback in the world of Test Cricket. He further added, “I want to focus on doing well in tomorrow’s match. Although, we have won the series, it would be nice if we can finish with a 4-1 margin.”

Raina informed that skipper Mahendra Singh Dhoni is fully fit and has recovered from his thumb injury sustained during the practice session ahead of the Mohali game.

About Dharamshala stripe, Raina said, “Toss will be crucial in this game and it will be a good contest between the bat and the ball. Raina was all praise for the beautiful ground and the facilities provided by the Himachal Pradesh Cricket Association.”It’s one of the most beautiful grounds that I have played on. The facilities are great,” he said.

“Will you be able to spot the white ball in the background of the snow-clad mountains?” a British journalist asked in jest. He smiled and said, “That’s not a problem.”