Madrid: Real Madrid striker Cristiano Ronaldo said he was happy at Bernabeu but was not willing to comment on whether he would extend his current contract with the club. 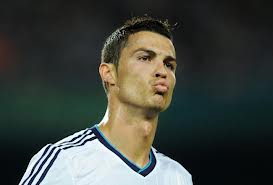 Ronaldo appeared after the club’s training session Wednesday amidst rumours that his former club, Manchester United was interested in taking him back to England, reports Xinhua.

He stressed that he was happy with Real Madrid, despite the fact that the club is 16 points behind FC Barcelona and eight behind neighbours Atletico Madrid in the battle for the Spanish title.

“I feel fine and I am convinced this year will be better than last year. I feel happy and hope to give my best,” said the Portuguese striker, who nevertheless avoided talking about a new contract.

Ronaldo has a deal until June 2015, but if he signs a new contract with Real Madrid this summer, the possibility that he could leave the club would start to arise as Madrid may have to listen to offers or face the prospect of seeing him leave for free in slightly over two years.

“The question has already been discussed and I won’t speak any more about renewing. It is not the most important thing,” said Ronaldo, who was asked about Madrid’s next Champions League match against Manchester.

“I have feelings of friendship and affection. It is the team that has left a mark on my career. The people know me well and I have friends, who have a place in my heart, but I currently defend Real Madrid’s colours. I will be a bit sad but I want to win and to score against them,” he admitted, before discussing his relationship with Madrid president Florentino Perez.

“It’s complicated when a top team isn’t at its best level. People are tense and the players suffer that as well. Nothing in life is easy, we have to try and change things. It is going to be a year for hopes and we are going to improve,” he said.

Ronaldo was also asked if he thought coach Jose Mourinho would remain at the club beyond the current season.

“I don’t know. It depends on his situation and that of the club. I would be delighted if he does stay, because he is the right coach. A top coach for a top club: I think he will stay, but everyone chooses their own future,” said the striker.