New York: Rajat Gupta, a former Indian-American director of Goldman Sachs Group, has asked a US court to reverse his insider trading conviction, objecting to prosecution’s use of wiretaps supposedly implicating him.

In a brief filed Friday at the 2nd US Circuit Court of Appeals in New York, Gupta’s lawyers argued wiretaps of now-imprisoned Sri-Lankan American hedge fund manager Raj Rajaratnam amounted to “hearsay statements” and should not have been presented to the jury. 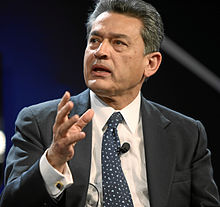 “Without a proper basis for admission, these untestable, unreliable hearsay statements had no place in a criminal trial, and their admission alone compels reversal,” Gupta’s lawyers wrote.

US District Judge Jed Rakoff in Manhattan sentenced Gupta to two years in prison. But a federal appeals court in Manhattan in December granted his request to remain free during his appeal.

Rakoff, who presided over the trial, originally ordered Gupta to begin serving his sentence on Jan 8.

The judge erred when he allowed the government to present wiretaps of conversations not involving Gupta and limited Gupta’s defence case by barring evidence that Rajaratnam had alternative sources of non-public information about Goldman Sachs, his lawyers wrote.

Rakoff “significantly curtailed” Gupta’s principal defences and made erroneous rulings in the prosecution’s favour that “decisively tipped the scales” against him, they argued.

Gupta challenged the government’s use of court-authorised wiretaps, saying Rakoff shouldn’t have permitted prosecutors to play recordings of September and October 2008 telephone calls between Rajaratnam and others that didn’t include Gupta.

Rakoff also erred when he didn’t allow Gupta’s daughter to testify that he told her he had discovered that Rajaratnam had “swindled” him when he’d withdrawn money from the fund. Gupta lost $10 million, his lawyers said.