Shettar told reporters that he has received the resignation letters of Udasi and Karandlaje and will consider it. 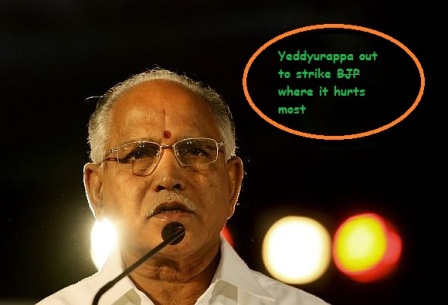 Soon after receiving the two letters, Shettar left for a two-day tour of northern Karnataka.

Udasi told reporters that he, Karandlaje and over 10 other Bharatiya Janata Party (BJP) assembly members will quit the assembly also later today.

He said all of them will join the Karnataka Janata Party headed by Yeddyurappa to strengthen it ahead of the assembly elections due in May.

Yeddyurappa, BJP’s first chief minister in the state, quit the party and the assembly Nov 30 to lead KJP as he was not made state BJP chief. He was forced out of chief minister’s post in July 2011 over mining bribery charges.

He is scheduled to present the 2013-14 budget Feb 8, for which the legislature session has been convened from Feb 4 to Feb 13.