Mumbai: Two men, allegedly belonging to Hizbul Mujahideen, have been arrested here for circulating fake currency notes in the country and conducting a recce of important spots in Jammu and Kashmir, a Mumbai Police official said.

“The duo – Farooq Naiku, 37, and Mohammed Talukdar, 32 – were arrested from a guest house in south Mumbai Jan 16. They have been remanded in police custody till Wednesday,” Joint Commissioner of Police (Crime Branch) Himanshu Roy told reporters. 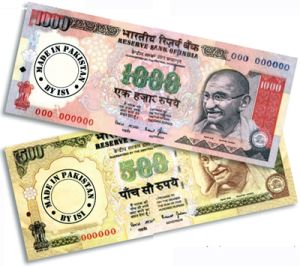 Roy said that police are trying to ascertain if either or both of the arrested men played any role in the Azad Maidan riots here Aug 11 last year.

According to Roy, it was revealed during interrogation that Naiku was a member of the terror outfit and has been operating mostly from Jammu and Kashmir. Originally from Baramulla, Naiku had, however, been living in Navi Mumbai disguised as a dry fruit vendor.

Roy said the duo was involved in circulating fake currency notes and also in supply of narcotics. An expert in photography and computer applications, Naiku is also believed to have photographed several important installations in Jammu and Kashmir.

Police also found evidence on a mode of communication used by Naiku where he did not send emails but saved a message as a draft in the email account through which he operated. He would then pass on the password of the account to his handlers for them to read the message.

Talukdar, on the other hand, is originally from Assam and while police believed that he was helping Naiku in the circulation of fake currency notes, they are yet to ascertain his exact profile as a member of Hizbul Mujahideen.

“We have been trying to ascertain Talukdar’s role in detail,” Roy said.