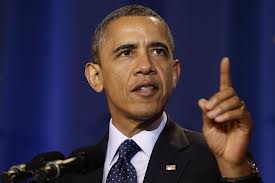 “My No.1 criteria in making these decisions was simple – who is going to do the best job in securing America,” Obama said Monday nominating Hagel, seen as a maverick politician, to replace Leon Panetta as Defense Secretary and Brennan, a key architect of America’s drone strategy, to head the Central Intelligence Agency.

In making the two controversial picks, especially that of Hagel, Obama signalled his readiness to join battle with Senate Republicans for their confirmation unlike his decision to go for Senator John Kerry as the Secretary of State instead of controversial US ambassador to UN, Susan Rice, who was said to be his first choice.

Hagel, 66, who may become the first Vietnam veteran and first enlisted soldier to serve as US defense secretary, has advocated deep cuts to the Pentagon budget and bucked his fellow Republicans in opposing troop surges in Iraq and Afghanistan, telling his biographer: “I will do all I can to prevent war.”

Hagel has also come under fire over comments about Israel and Iran and gays. He has supported Israel entering negotiations with Hamas, the Islamist movement that rules the Gaza strip and is considered a terrorist organisation by the US.

Hagel has also called for talks with Iran and spoken out against certain sanctions — a cornerstone of Obama’s foreign policy aimed at pressuring Tehran over its nuclear programme.

Some also are bothered by a comment he made in 1998 about an ambassadorial candidate James Hormel being “openly, aggressively gay” — which he apologised for in December, 14 years later.

Obama, a Democrat, praised Hagel as a “patriot” who knows what it is like being on the frontline and said his selection “represents the bipartisan tradition that we need more of in Washington”.

But many in the Republican establishment opposed the choice with Senator Lindsey Graham saying, “He has long severed his ties with the Republican Party”.

But Democrat Chris Murphy countered that he believes “Republicans are spoiling for a fight”.

Compared to Hagel, the reaction was somewhat muted to the nomination of Brennan to replace retired Gen. David Petraeus, who stepped down from his job as CIA director in November amid revelations that he had engaged in an extramarital affair with his biographer Paula Broadwell.

Brennan, 57, worked for the CIA for more than two decades and has been Obama’s assistant for counterterrorism and homeland security since 2009.

He is said to have shaped the White House’s strategy to aggressively pursue suspected terrorists in Pakistan and in Yemen, dramatically escalating the use of armed unmanned aircraft or drones to kill them.

After the 2008 election, Brennan was touted as a shoo-in for CIA director, but attacks from critics who claimed he supported the Bush administration’s policy of harsh interrogations prompted him to drop out of consideration for the job.

Questions may again be raised over the drone programme and Brennan’s position on CIA interrogations with the 2008 Republican presidential candidate Senator John McCain saying he planned to examine Brennan’s record closely.

Even as she praised his record, Democrat Senatpor Dianne Feinstein also said she planned to raise the CIA detention and interrogation issue with Brennan.