Chandigarh (IANS) The Haryana Police yesterday announced a reward of Rs.2 lakh on a newly-elected Himachal Pradesh legislator, wanted in the murder case of a 24-year-old woman.

Congress legislator Ram Kumar Chaudhary, who was elected from the Doon assembly seat, has been absconding ever since his name figured in the murder case of his former employee, Jyoti. 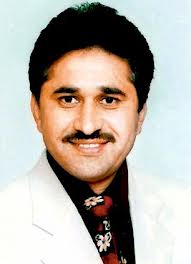 Police has announced the reward to anyone giving information on the whereabouts of Chaudhary.

The victim was found dead near Sector 21 of Panchkula town, 15 km from Chandigarh, Nov 22. Her head was smashed.

Police in Panchkula later booked Chaudhary and three others – Paramjeet, Dharampal and Gurmeet Singh in the crime.

A reward of Rs.50,000 each to anyone giving information on the whereabouts of Chaudhary’s accomplices was also announced.

A Haryana Police spokesman said that a police team had been stationed at Dharamsala in Himachal Pradesh to arrest Chaudhary.

The first session of the new Himachal Pradesh assembly started in Dharamsala Monday. Chaudhary is expected to take oath as a legislator.

The Haryana director general of police (DGP) has requested his Himachal counterpart for help in the arrest of Chaudhary. The warrants of arrest were also sent with the letter, a police spokesman said here.

A court in Panchkula had earlier rejected the anticipatory bail plea of Chaudhary. His bail plea before the Punjab and Haryana High Court was dismissed after he withdrew it.

Haryana Police claims that Chaudhary has an association with Jyoti and his arrest was necessary for further investigation of her murder case.

Chaudhary had appeared in the open Dec 20 after his victory in the assembly election and even participated in his victory procession in Baddi town, 35 km from here. However, the Haryana Police failed to arrest him.

He skipped a crucial meeting of the Congress Legislature Party (CLP) and swearing-in ceremony of the chief minister and other ministers in Shimla last month, fearing arrest.