Manali: Organizing committee of Winter Carnival – 2013 festival agreed to hold a five day event here in the popular tourist township during the second week of February. 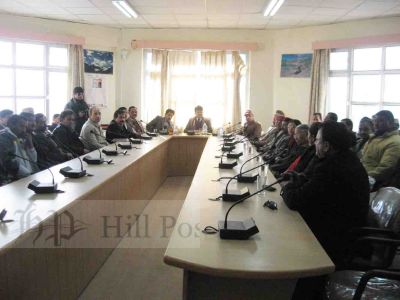 Speaking to media persons after the meeting deputy commissioner SC Negi said that detailed discussions were held to organize the winter festival in a better way. Negi is the ex-officio chairman of the winter carnival organizing committee.

He said that the dates would only be finalized after consultation with chief minister Virbhadra Singh, who would be requested to preside over the opening of the festival.

Tentatively the dates for holding the festival have been put at around the second week of February, said Negi.

Hotel owners, tour and taxi operators, municipal council members and representatives of panchayats, who attended the meeting impressed upon the committee that a well planned winter carnival could draw a lot of tourists and help to boost the sector in the lean season.