New Delhi: Life imprisonment for gang-rape, but no death penalty even if the victim dies or is reduced to a vegetative state, were among the recommendations of the Justice J.S. Verma panel Wednesday. 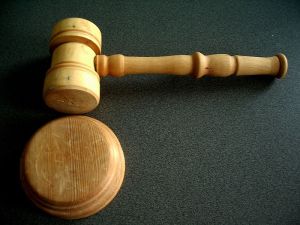 The three-member committee, tasked to look into possible amendments to the criminal law for quicker trial and enhanced punishment for rapists, submitted its report to Home Minister Sushilkumar Shinde exactly 29 days after it was set up following the gruesome gang-rape of a 23-year-old Delhi woman Dec 16.

“Gang-rape will entail a punishment of not less than 20 years, but which also may extend to life. Gang-rape followed by death shall be punished with life imprisonment,” Justice Verma told reporters after submitting the report.

“Punishment for causing death or a persistent vegetative state shall be given rigorous imprisonment for a term which shall not be less than 20 years but may be for life also, which shall mean the rest of the person’s life,” said the 631-page report.

Justice Verma said the committee has not suggested death penalty for rapists because there were overwhelming suggestions from the women organisations against it.

The panel recommended that stalking, acid attacks and voyeurism should be considered separate crimes, but suggested seven years for acid attacks as well as voyeurism, that includes making MMS clips and passing it on to others.

It said trafficking should be punishable with rigorous imprisonment for a term between seven years to 10 years.

“Stalking or attempts to contact a person repeatedly through any means shall be liable to get a term of up to three years,” it said.

The committee, however, did not suggest lowering the legally defined age of juvenile from 18 to 16 years – a demand by women activists after one of the accused involved in the Delhi gang-rape was found to be below 18 years.

In its recommendations, the committee came down heavily on the administration, including the police as well as citizens, for not helping the grievously wounded young woman and her friend who were thrown off the bus after the brutal gang-rape.

The panel also commented on the “disputes relating to jurisdiction of the police over the area of crime” that leads to delay in taking cognizance – an allegation made by the victim’s male friend.

It also took an open dig at the “peculiarity” of the Delhi government of not having the power over the police and said this “ambiguity” needs to be removed to maintain law and order and ensure accountability.

The “apathy of civil society” in not coming forward to help the couple also came in for criticism from the committee.

It also slammed Delhi Police for using batons on the anti-rape agitators, saying it “has scarred the Indian democracy”.

Justice Verma said the government “with its might and resources should act fast” and place the report before parliament in the coming budget session.

Hailing the youths of the country for their “spontaneous show” against the gang-rape, Justice Verma said he was “struck by the peaceful manner” in which they led the mass movement in the national capital.

“It was an humbling experience… the youth taught us, the older generation,” said Justice Verma, a former chief justice of India and ex-chairman of the National Human Rights Commission.

The panel, which included former chief justice of Himachal Pradesh Justice Leila Seth and former Additional Solicitor General Gopal Subramanium, also proposed a Bill of Rights for women that entitles every woman a life of dignity and integrity.

The bill suggests that a woman is entitled to have the right to express and experience complete sexual autonomy, including with respect to her relationships and choice of partners.

Even as it held that present laws are sufficient to maintain law and order, the committee report said, “Speedy justice was essential for efficacy of the law and its desired impact.”

Coming down heavily on violations by the armed forces, the committee said the brutalities of the forces faced by residents in border areas have led to a deep disenchantment and lack of mainstreaming of such people in civil society.

Subramanium, a committee member, also said security personnel should be tried under common law if they are accused in sexual assault cases.

Justice Verma said there was very poor response from state police chiefs at public meetings called by the committee while preparing the report and asked for review of their appointments.

But, he said the committee got 80,000 suggestions from India and abroad from women activists to students.

He also said that it was “shocking” that the union home secretary praised the Delhi Police chief for “prompt action” in catching the six males involved in the Dec 16 gang-rape of the young woman who died 13 days later in a Singapore hospital.

“He should have asked for his apology instead,” Justice Verma said.