Shimla: Not interested in diluting the long queues before cash billing collection centers, HP state electricity board has started levying a percent extra for electricity bills paid online as convenience charges, something that has irked many consumers. 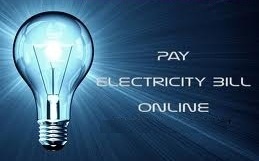 Perturbed over the extra charge being imposed, Anita says, “Whereas BSNL, the government telephony provider, offers 1 percent discount for all online bill payments made but if you submit your electricity bill online, the electricity board sucks out 1 percent extra money in the name of convenience charge.”

Are they facilitating the consumer or burdening him further, she adds.

House owner Suresh Thakur says, “there appear to be vested interests in the electricity board who are not interested in deploying information technology for making the life of the consumer any easier.

“Long queues at bill collection centers are the order of the day and if one switches to online payment, you pay extra. Instead of giving incentives for a facility which removes a highly paid human interface, the board is interested in harassing the public by pushing them to queue up,” says Thakur.

When contacted, a senior officer in the board management on conditions of anonymity said, “We cannot charge anything extra than what has been mandated by HP State Electricity Regulatory Commission as all our tariff schedules have to be approved by the regulator.”

The officer declined to be named because he was not authorized to speak to the media. When pointed out that one percent charge was being levied on bill payments made online, he said, “it was a policy decision taken by the board members.”

He added, “this charge is not being collected by electricity board but is a charge levied by credit or debit card companies or banks that the board members decided to pass onto the consumers. Earlier it was being paid by the electricity board, he said.