London:  The humble kilogram – the standard measure of weighing – has become heavier, according to experts from a British university. 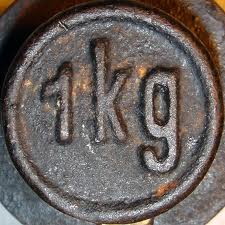 The original kilogram is likely to be tens of micrograms heavier than it was when the first standard was set in 1875, experts using a state-of-the-art Theta-probe XPS machine — the only one of its kind in the world – have said.

Known as the International Prototype Kilogram or the IPK, it is the standard against which all other measurements of mass are set, the Journal of Metrologia reports.

But the kilogram has become heavier as contaminants have built up on its surface, experts say.

The IPK and its 40 replicas were made in 1884 and distributed globally in a bid to standardise mass. Britain holds replica 18 at the National Physical Laboratory (NPL). The original is stored in the International Bureau of Weights and Measures in Paris.

But despite efforts to protect the IPK and its duplicates, industrialisation and modern living have taken their toll on the platinum-based weights and contaminants have built up on the surface, according to a Newcastle University.

Now Peter Cumpson and Naoko Sano at Newcastle have used cutting-edge X-ray Photoelectron Spectroscopy (XPS) to analyse surfaces similar to the standard kilogram to assess the build-up of hydrocarbons – and how to remove them.

“Around the world, the IPK and its 40 replicas are all growing at different rates, diverging from the original,” says Cumpson, professor of Micro Electro Mechanical Systems (MEMS) at Newcastle.

“By exposing the surface to a mixture of UV and ozone, we can remove the carbonaceous contamination and potentially bring prototype kilograms back to their ideal weight,” adds Cumpson.