Ranchi  (IANS) The Jharkhand cabinet today recommended the dissolution of the state assembly just before the Jharkhand Mukti Morcha (JMM) formally withdrew its support to the BJP-led government. 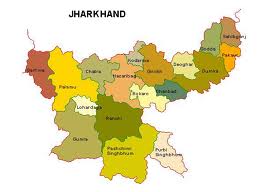 he meeting was attended by ministers from the Bharatiya Janata Party, All Jharkhand Students Union and Janata Dal-United.

JMM ministers kept away, said the official in the chief minister’s office. A letter was then sent to Governor Syed Ahmad.

Soon after, the JMM formally withdrew its legislative support to the BJP government.

JMM chief Shibu Soren, his son Hemant Soren and other party leaders met the governor and handed over a letter regarding withdrawal of support.

Hemant Soren, who was the deputy chief minister, questioned the cabinet decision to dissolve the assembly.

“When we have withdrawn support, how can a minority government take such a decision?” he asked.

The JMM decision Monday to end its legislative backing reduced the BJP-led coalition government to a minority in the 82-member assembly.

Relations between the JMM and BJP have been strained ever since Chief Minister Arjun Munda denied there was an agreement between the two parties on sharing the chief minister’s post.

The JMM had wanted the chief minister’s post midway through the five-year term of the assembly.