Chennai: Chief Minister J. Jayalalithaa today said that Kamal Haasan’s movie “Vishwaroopam” was banned in Tamil Nadu due to real fears of violent protests and that she had no grudge against the actor.

The chief minister also announced that she would file criminal cases against DMK leader M. Karunanidhi and sections of the media that she said had maligned her on the issue. 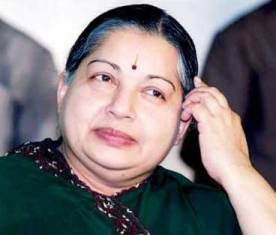 Reeling out statistics, she said it would have been impossible to provide police protection to all 524 cinemas in Tamil Nadu where the multilingual film was to be released after Muslim groups announced a wave of protests.

“I have no personal grudge, no personal interest in banning the movie,” the actor-turned-politician told the media, adding she knew nothing about the Rs.95 crore espionage thriller until it became controversial.

She said her government had the powers to ban a movie completely but it banned it only for 15 days so that tempers could cool down and both Kamal Haasan and Muslim groups could reach an agreement.

To make it clear that her government’s decision was not without basis, Jayalalithaa pointed out that the movie had also been also banned in Qatar, the United Arab Emirates, Sri Lanka, Malaysia and Singapore.

It was also banned in states neighbouring Tamil Nadu. “Was I responsible for all that?”

The chief minister said Muslim leaders had told her that they were ready to accept the movie now as Kamal Haasan had agreed to delete some portions they had found objectionable on religious grounds.

“If the leaders of Muslim organisations and Kamal Haasan can sit together and work out an amicable agreement, the government will do everything possible to facilitate that … and the deck will be cleared for screening the movie.

“There is no question of curbing the freedom of speech.”

Jayalalithaa insisted that her critics were “totally unaware of the sheer logistics of administration and maintenance of law and order”. 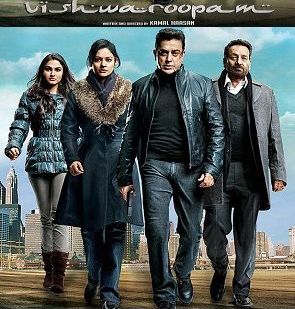 She said if the movie had been released and generated violence, the same people now clamouring for the film would have denounced her.

She said that while the total effective strength of the Tamil Nadu Police was 91,807 inclusive of special units, guarding 524 cinemas in a surcharged atmosphere would have required 56,440 personnel.

“This is not possible, not sensible, not practicable. The sensible way is to prevent violence… It is only in that spirit that we approached the release of the film.”

She denied speculation that Kamal Haasan’s troubles began after he reportedly refused to sell the movie rights to Jaya TV, which supports her AIADMK party.

“This is a wild reckless charge against a constitutional authority. We will have to take legal action…”

She targeted Karunanidhi for alleging that she wrote a letter in the 1980s against Kamal Haasan to then chief minister M.G. Ramachandran or MGR.

Jayalalithaa said there was no need for her to write to MGR when she used to meet him almost daily.

“(This is) a wild fictitious story. We will be instituting legal proceedings against Karunanidhi and against all newspapers which published this charge.”

The chief minister said initially Kamal Haasan was not ready to make even a single cut in “Vishwaroopam”. He also delayed showing the movie to Muslim leaders. Had he done so, the situation would not have come to such a pass.

Kamal Haasan has written, produced and directed the movie and also features in the title role in “Vishwaroopam”, which revolves around an Al Qaeda plot and an Indian couple in the US.

It has been made in Tamil and Telugu. The Hindi version, “Vishwaroop”, is set for release tomorrow.