New Delhi: Himachal Pradesh Tuesday got a national award for its achievement in increasing production and productivity of wheat. 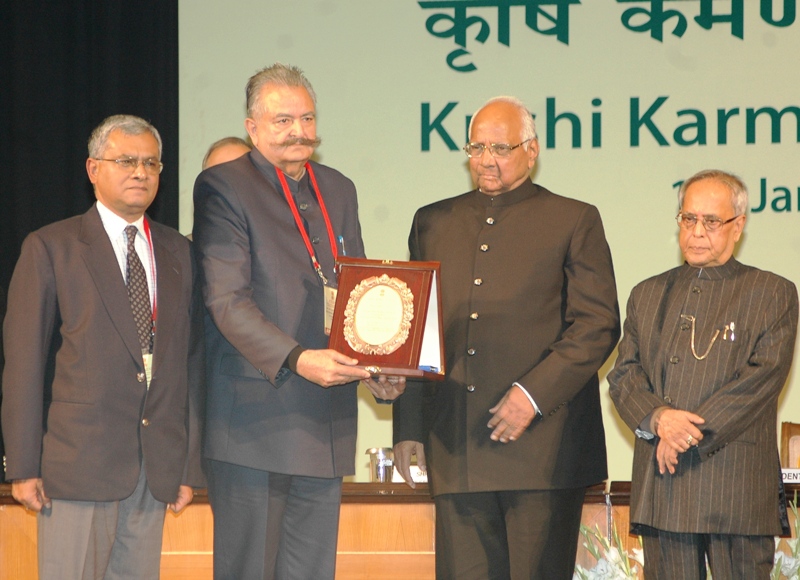 The award, instituted by the central government, was received by Agriculture Minister Sujan Singh Pathania from President Pranab Mukherjee at a function in Rashtrapati Bhawan here.

“About 18.03 percent of GSDP (gross state domestic product) is contributed by agriculture and allied sectors alone,” he added.

According to him, the average size of land holding in the state was around 1.10 hectares and the marginal and small farmers constituted 86.4 percent of the total farmers.