Washington: After a sharp slowdown pushing down its projected growth to 5.4 percent in the fiscal year ending March 2013, the World Bank expects India to grow at 6.4 percent this year, rising to 7.3 percent by 2015. 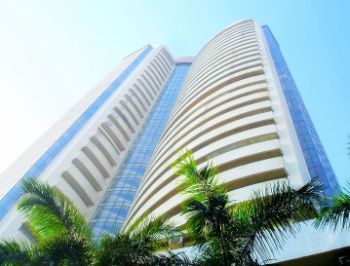 Regional GDP is projected to grow by 5.7 percent in the 2013 calendar year, and by 6.4 percent and 6.7 percent in 2014 and 2015, respectively, driven by policy reforms in India, stronger investment activity, normal agricultural production, and improvement in export demand.

However, growth in the region remains vulnerable to an uncertain external environment and country-specific factors, the report said suggesting a resumption of financial market tensions in the Euro Area or protracted debt uncertainty in the United States would affect the South Asia region through both trade and financial channels.

“Moreover, greater volatility in international financial markets could make it difficult for India to finance its widening current account deficit,” it said.

These can be achieved, in particular, through sustained efforts at fiscal consolidation over the medium term, maintaining prudent macroeconomic policies, deepening structural reforms to ease capacity constraints, and improving the business environment for the private sector.

After a strong decline during the second quarter of 2012, industrial production in South Asia has stabilised and is picking up, with output rising at a 2.4 percent annualised pace in the three months to October, the report said.

In India, industrial production surged 8.3 percent in October 2012 from a year earlier and then fell 0.1 percent in November, partly due to a difference in timing of the Diwali festival across the years.

On a seasonally adjusted annualised basis, India’s industrial output grew 2.1 percent in the three months to November compared with the previous quarter.

The World Bank report also noted that four years after the onset of the global financial crisis, the worst appears to be over, but the global economy remains fragile, as high-income countries continue to suffer from volatility and slow growth.

Despite slow growth in high-income countries, prospects for the developing world remain solid (albeit between 1 and 2 percentage points slower than in the pre-crisis period).

In order to regain those earlier faster growth rates, developing countries will need to focus on productivity-enhancing domestic policies, to assure robust growth in the long term.