Chicago: Pakistani-American David Headley, a key plotter in the deadly 2008 Mumbai terror attack staged by Pakistan based terror group Lashkar-e-Taiba (LeT), may avoid life imprisonment when a US court sentences him Thursday. 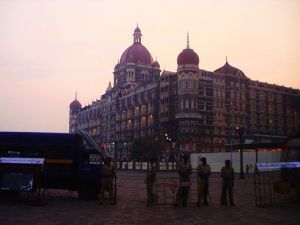 Citing the “significant cooperation” to US government’s efforts to combat terrorism provided by Headley, 52, Washington born son of a Pakistani diplomat and an American mother, US federal prosecutors are seeking only 30 to 35 years in prison for him.

Headley, who changed his given name of Dawood Gilani to scout targets in Mumbai without arousing suspicion, has pleaded guilty to 12 charges relating to his role in the Mumbai attack as also an abortive LeT plot to attack Danish newspaper Jyllands-Posten for publishing cartoons of Prophet Muhammad.

Ahead of Headley’s sentencing, Gary Shapiro, the acting US Attorney in Chicago, in a memo to the federal district court said that the 30-35 year sentence recommended by the prosecution for Headley was fair.

“While his criminal conduct was deplorable, the uniquely significant cooperation which he provided to the government’s efforts to combat terrorism support the government’s recommendations,” he said.

After he promised in 2010 to cooperate with US authorities, prosecutors “had agreed not to seek the death penalty against him and to not extradite him to Pakistan, India or Denmark for the offences to which he pleaded guilty.”

Headley was the star witness against his Pakistan-born boyhood friend Tahawwur Rana, who was sentenced last week to 14 years in prison for providing material support to LeT in its plot to attack the Danish newspaper.

In his memo, Shapiro said “Headley played an essential role in the planning of a horrific terrorist attack” in Mumbai. He “not only worked at the direction of Lashkar-e-Taiba for years, but also with members of Al Qaeda.”

But the information that Headley provided following his arrest and in subsequent proffer sessions was of substantial value to the government and its allies, India in particular, in its efforts to combat international terrorism, prosecutors said.

“Headley’s cooperation assisted the Government in filing criminal charges against at least seven other individuals, and his testimony helped to secure the conviction of one co-defendant,” namely Rana, it said.

. Sajid Mir, a senior Lashkar leader who was one of the main architects of the Mumbai attacks and acted as one of the controllers providing directions to the ten attackers. Sajid was Headley’s handler;

. Abu Qahafa, a senior Lashkar member who provided combat and other training to the ten attackers and acted as one of the controllers.

. Mazhar Iqbal, a senior Lashkar leader who acted as one of the controllers.

. Major Iqbal, who Headley reported to be an ISI officer who helped plan and fund the Mumbai attacks.

. Abdur Rehman Hashim Syed, a retired Pakistani military officer who once belonged to Lashkar, but had starting working with Kashmiri.