New Delhi: Director Milind Ukey says his new film “Dehraadun Diary” focusses on rising corruption in the political and judicial systems. Based on a real-life incident, it depicts the common man’s fight against the flawed system.

“It is a hard-hitting subject about a real-life murder case. The whole story around this murder reflects strongly on our social realities. It is about corruption in politics, security and judiciary systems and how a common man is affected by it,” Ukey said.

“‘Dehraadun Diary’ is a need of these times. It is a reaction to the horrible and inhuman incidents like what happened in Delhi rape case. ‘Dehraadun Diary’ depicts people’s uprising against corruption at all levels,” he added.

Produced by Anita Dhawan and Yatin, the film features Ragini Nandwani of “Mrs. Kaushik Ki Paanch Bahuein” fame, Adhyayan Suman and Rohit Bakshi. It has been mostly shot in Dehradun, capital of Uttarakand.

“The film is based on a real-life murder case, which happened few years back in Uttar Pradesh. Dehradun was part of Uttar Pradesh that time. Hence it is placed in Dehradun so that we can understand the kind complexities of northern India politics,” he added. 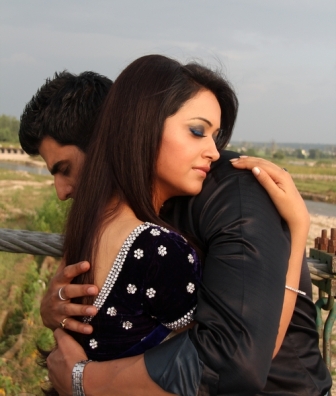 In sync with the theme of the film, its poster also carries a tag line “Abb Toh System Ki Bhi Bajegi”.

“Though, apparently, we are living in the biggest democracy of the world, we are suffering from old feudal, aristocratic and dictator system of power and politics. They use their power to manipulate every system to their advantage,” he said.

“In ‘Dehraadun Diary’, I trace the journey of the murder victim’s family to get justice. The film gives you a platform to share this urgent call on the crime, violence and political corruption related to such crimes,” he added.

The director’s next project “Rannveer, The Marshall”, is a film based on martial arts. Another film focusses on India-Pakistan relationship.

“I am promoting the ground sports as against video games by making ‘Rannveer, The Marshall’, a film based on various kinds of martial arts. This will be a first Indian film which is completely based on martial arts,” said Ukey, who made his Bollywood directorial debut with “Paathshaala”.

“Another film I am planning is based on India-Pakistan relationship and the world peace and universal brotherhood. It is called ‘Yeh Movie Pakistan Mein Bani Hai’,” he added.