New Delhi (IANS) The CBI has arrested two Delhi food and supply department officials allegedly accepting a bribe for not cancelling the license of a fair price shop owner despite detecting irregularities in its accounts, agency officials said today. 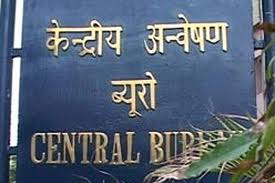 “The fair price shop owner alleged in his complaint that the assistant commissioner and the clerk were demanding a bribe of Rs.50,000 for not cancelling the license of his shop on the ground of irregularities detected during the audit,” said a CBI officer.

Following negotiations, the accused allegedly agreed to accept Rs.40,000 after which a CBI team laid a trap and arrested both the officials while accepting the bribe amount from the complainant.

“Searches were carried out at the official and residential premises of the accused. Documents relating to investment were recovered and are being scrutinised,” said the officer.