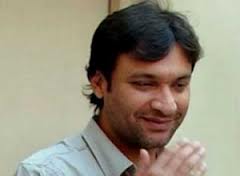 The IVth Additional Chief Metropolitan Magistrate court directed Osmania University police station to register a case against Akbaruddin for his provocative speech he made in Adilabad district Dec 24.

The court passed the orders on a petition filed by one Venkatesh Goud, a resident of Osmania University area.

Akbaruddin Owaisi is the MIM legislator and party leader in Andhra Pradesh assembly. He is the younger brother of MIM chief and MP Asaduddin Owaisi.

Another city court is set to deliver later in the day orders on another petition, seeking action against Akbaruddin for the alleged hate speech.

The VII Additional Chief Metropolitan Magistrate court had Wednesday reserved the orders on a petition by Kashimshetty Karuna Sagar, an advocate.

The petitioner asked the court to file a case against Owaisi under Section 295A (for deliberate and malicious acts, intended to outrage religious feelings or any class by insulting its religion or religious beliefs), Section 153A (promoting enmity between different groups on grounds of religion) and other relevant sections of the Indian Penal Code.

The petitioner also alleged that he had been getting threatening calls for filing the complaint against the MIM legislator.

Social activist Shabnam Hashmi has also lodged a complaint at Parliament Street Police Station in New Delhi against the MIM leader for allegedly making derogatory remarks about a particular community.

Meanwhile, Andhra Pradesh Chief Minister N. Kiran Kumar Reddy told reporters here Thursday that the law would take its own course in Akbaruddin’s case. He said the government had no role in the matter and it was for the police to take action as per the law.

He said it had come to the notice of the government that Akbaruddin made provocative speeches in Adilabad and Nizamabad districts.