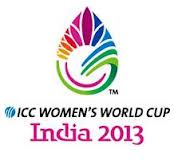 Bates is hoping that a restructured domestic season and a hard-fought 1-3 Rose Bowl series loss at the hands of Australia is the ideal preparation for the side for the tournament that begins Jan 31 in Mumbai.

“We have changed our domestic format so we are playing two 50 overs and one T20 a weekend. We are going to have a lot more 50-over cricket than we have had in the past seasons. We will definitely be well prepared in terms of time out in the middle,” Bates said.

The 25-year-old Bates has played 49 ODIs and thus far has captained her side in 10 One-Day Internationals.

New Zealand are drawn in Group B alongside Australia, Pakistan and South Africa. The White Ferns begin their campaign against South Africa Feb 1 at the Wankhede Stadium, also the venue for the final.

Bates believes that Australia will be the toughest challenge for her side in the Group stage.

“I think they (Australia) are probably the leading one-day side at the moment in the world. They have got some very powerful opening batters including the likes of (Rachael) Haynes and then they have got heaps of experience in Sthalekar and Blackwell in the middle order, so their batting line-up is really well-balanced and strong. Then they have got strike bowlers like Ellyse Perry who can take any batting side apart, so you know, they have got all bases covered.”

Bates believes her side has the right mix to come good in the tournament, especially because of a couple of all-round options.

“I think Sophie Devine who has come back into the side showed in Sri Lanka what she can do in limited-overs cricket. So she will be a massive asset for us in India along with Nicola Browne. Their power hitting and strike bowling will be a big plus for us.”

The runner-up of the World Cup in 2009, New Zealand, has always promised a lot on the big stage but lacked the knockout punch.

Bates is confident that her side can finally pull one through in Mumbai this year.

“We have always made the semi-final stages in the past four world events. I think it’s just (about playing) under pressure and being able to perform as well as we have (been) in the pool matches (that will count in the end).”