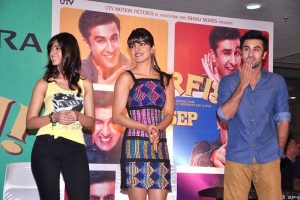 The lifetime achievement award went to late director Yash Chopra who passed away in October last year. Anushka Sharma won the ‘best actor in a supporting role (female)’ award for her role in “Jab Tak Hai Jaan”, while lyricist Gulzar bagged the award for ‘best lyrics’ for the song “Challa” from the film.