Shimla: Connecting the local frames with the global traditions of films and cinema, a city based media company here today, announced holding of Shimla Film Festival – 2014 (SFF-14) as an weekend event in April.

Talking to reporters, Mr Ravinder Makhaik, director of SFF-14 said “cinema and Shimla have had a long association; a live tradition of theatre has been around for even a longer period. No matter what synergies the location and films have had, somehow a healthy tradition of inculcating the craft of filmmaking or appreciating the finer points of presenting a story on celluloid has not come to stay.”

Announcing the festival dates, he said “the two day Shimla Film Festival – 2014, which we aspire to make an event on the yearly calendar of the city, is a humble attempt to bridge that gap.

By holding SFF -2014, on April 12 & 13, we seek to present the wide ambit films and filmmaking have at a time when Himachal Pradesh is to celebrate its Foundation Day on April 15, he said. 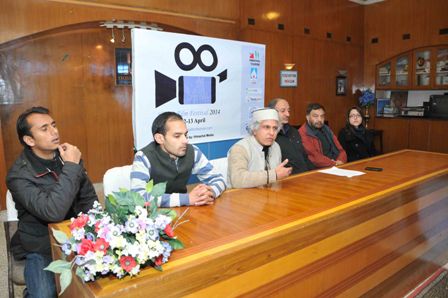 Vivek Mohan, who was present on the occasion said, “where technological advances have made it possible for even amateurs to take to filmmaking aggressively and even school education boards like CBSE have introduced filmmaking as a school subject, yet the wide gap in both quality and quantity between Himachal Filmmakers and those in rest of India or global filmmakers is very wide.”

He added “In the competitive section, open for Himachal Filmmakers only, we will be judging films in the categories of feature film, short film, documentary, music video, spots and corporate or promotional film.

Mr Rakesh Lohumi, who was also present on the occasion said, “in all my career as a journalist working in Himachal Pradesh, I have come across very few filmmakers from Himachal Pradesh. This festival is a good platform where talented filmmakers can showcase their films.”

Mr Kamal Thakur, chief operating officer Himachal Media Pvt Ltd who have taken the initiative of holding the festival said, “we are also using the occasion to make a healthy connect between local filmmakers with global and global filmmakers with local ones. Shimla Film Festival has been marked into two sections, one for Himachal Filmmakers and the other for national / international filmmakers.”

“In the open section category, filmmakers will not compete for any awards but the best films entered will get a commendation and will be screened during the film festival,” he added. 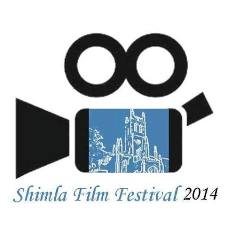 Two awards per category will be selected by an independent jury. Governor Himachal Pradesh Urmila Singh will be the Chief Guest for the award ceremony on April 13 evening.

Founded in 2011, HMPL is a digital media services company specializing in content development, social media marketing and IT solutions.