New Delhi (IANS) Spiritual leader Asaram Bapu was today reported as saying that the Delhi gang-rape victim should have called her culprits brothers and recited the Saraswati mantra, provoking both the ruling Congress and the opposition BJP to lash out at the comments as disturbing and condemnable. 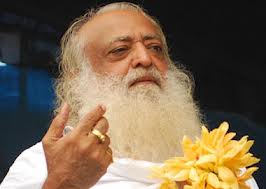 Asaram Bapu reportedly said “the victim is as guilty as her rapists” and that she should have “begged” in front of the culprits.

“She should have called the culprits brothers and begged before them to stop. This could have saved her dignity and life. Can one hand clap? I don’t think so,” CNN-IBN quoted Asaram Bapu as saying in a Jaipur-datelined report.

“Had she recited the Saraswati mantra, she would not have boarded any bus after watching a movie with her boyfriend,” he added.

The comment was slammed by India’s two main parties, the Congress and the Bharatiya Janata Party (BJP).

“Such comments should be condemned as much as possible,” Congress leader Sandeep Dikshit said.

He was backed by party colleague Rashid Alvi who said: “Political leaders, including religious leaders, must give serious thought before they speak out.”

“I am sure he knows in the Hindu chintan (thought), woman of the country have been accorded a place of pride and dignity. Similarly in our constitution also, there is a clear provision of granting a status of equality to a woman and no discrimination. In this case, for him to make a statement in relation to a crime which has shocked the conscience of the country… Sorry, it is not acceptable,” he said.

The 23-year-old woman was gang-raped in a moving bus on the night of Dec 16, and brutally beaten. She succumbed to her injuries Dec 29 in a Singapore hospital.