Patna (IANS) A panchayat in Bihar has banned the use of mobile phones by girls and ordered them not to wear short, tight and “provocative” dresses, a member of the village council said Thursday. 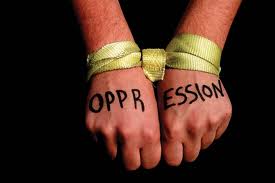 The panchayat in Siwan district, around 150 km from here, has also threatened to impose heavy fine on the girls’ families if they violated the diktat, he said.

The decision was taken Wednesday evening at a meeting of council members and villagers in view of increasing rape cases, said Vijaykant Kunwar, sarpanch of Siswan.

All families have been told to ensure that the decision was not violated.

Kunwar said the decision was approved by the hundreds of villagers present at the meeting.

Hansnath Yadav, the village head, said the decision should be praised.

“It is a timely decision and everyone should help us implement it strictly,” he said.

Laxminarain Mahto, an officer of Hasanpura police station, said he had heard about the panchayat issuing such an order but was yet to get a complaint against it.

Some days ago, a village council in Aurangabad district too had banned the use of cell phones by school students and told girl students not to wear “provocative” dresses.